The recent trend of falling spot rates has left many shippers and the wider container shipping industry pondering how much it has fallen from last year until this summer. Despite the fall in spot rate over the summer, they are still much higher than a year ago on some major trades.

Out of Xeneta’s top 13 container trades, we selected only 9 to conduct this analysis as the remaining four trades had less than 10% YoY growth. For example, no change in spot rate difference occurred for the US West Coast to Far East route, which remained at USD 1 250 per FEU. 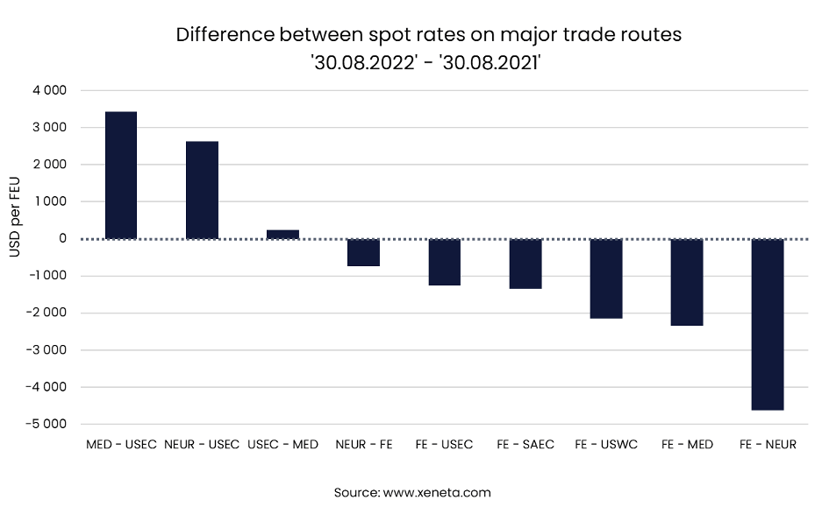 Since August 30, 2021, spot rates from the Far East to North Europe have decreased by USD 4 620, to the Mediterranean by USD 2 340 and to US West Coast by USD 2 150. Almost every major trade has experienced a significant change in the spot rate compared to a year ago.

Since July 1, 2022, the average spot rate for 13 major trades has declined by 7.4% (USD 450 per FEU), with the note that the trade route from North Europe to the US East Coast route remained the same.