Carriers vs Shippers: Is the Blame Game Appropriate?

It’s difficult to decide who is correct. Are box rates too high or has the volume of cargo to be moved simply overwhelmed the vessels and containers in-service and available today?

Rates are certainly higher than this time last year. A look at the Xeneta platform illustrates a rise of 167% and 205% YoY respectively for a TEU on the China Main to US West Coast Ports and China Main to North Europe Main lanes. 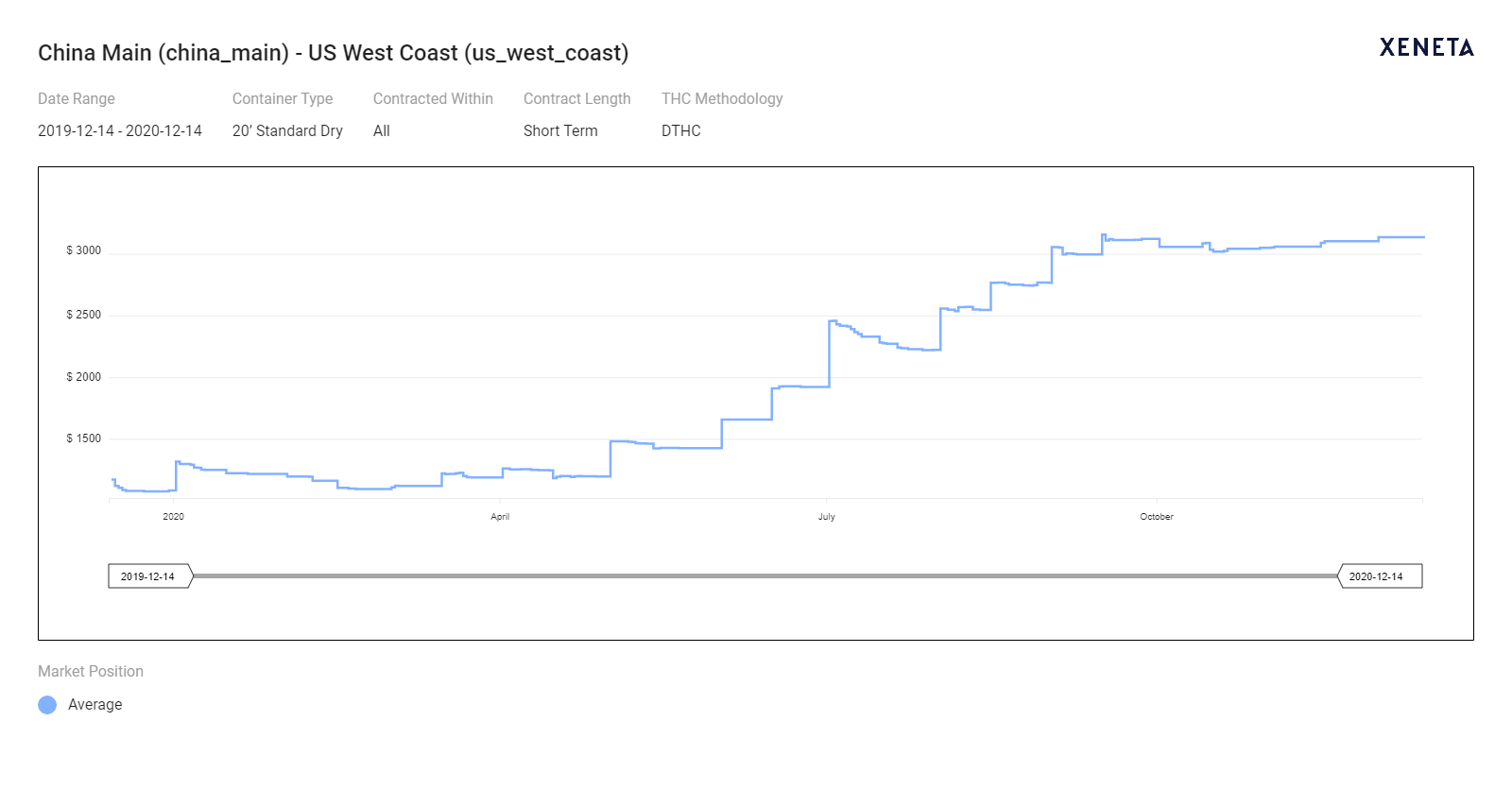 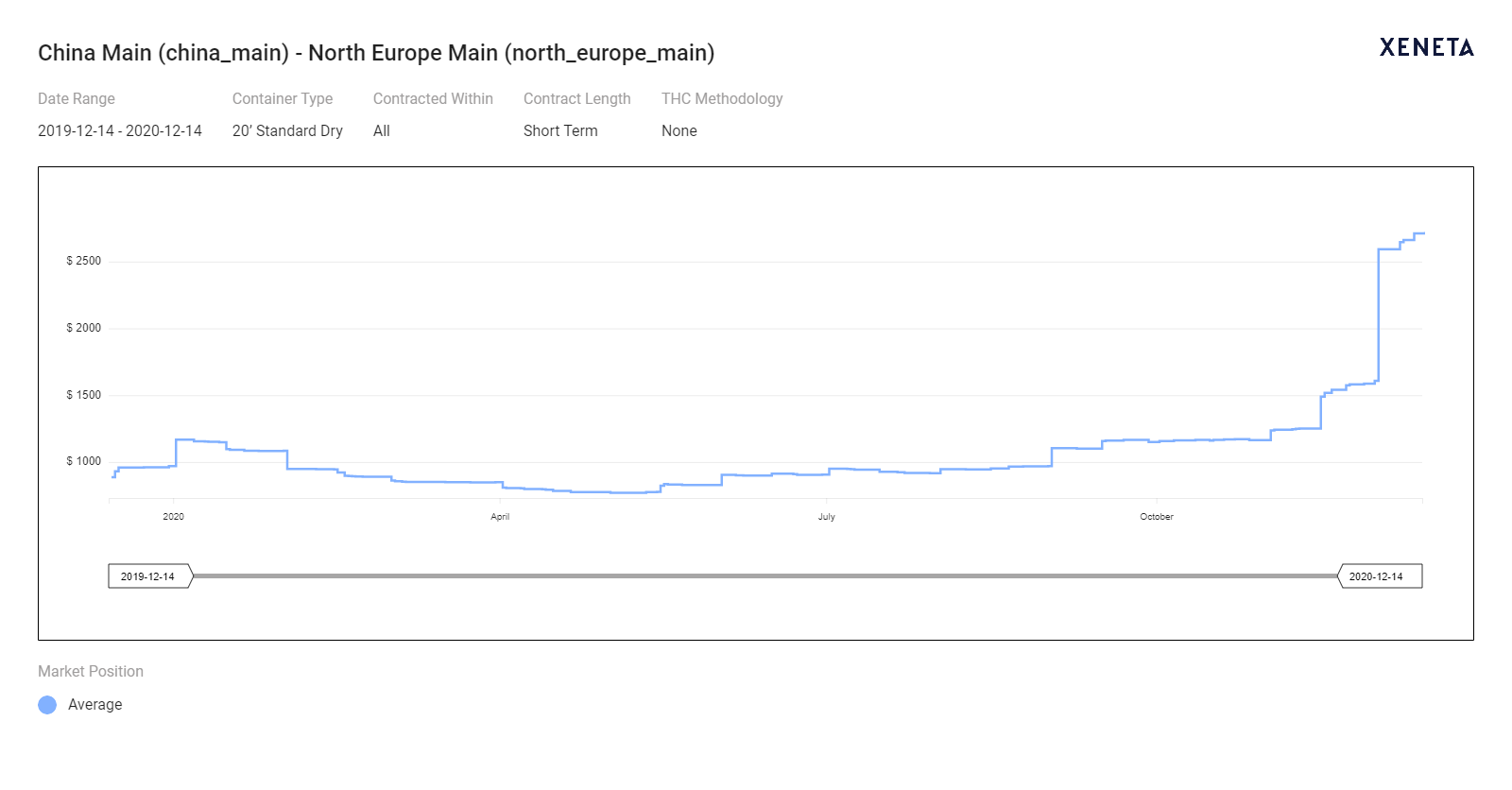 If everyone is paying the same rate, there is certainly no competitive disadvantage, although paying substantially more for freight can certainly affect one’s budget. However, container availability is a different issue; companies who sign contracts reasonably expect those contracts to be honored, and these long-term, big volume clients also reasonably expect their boxes to take priority over spot bookings.

Yet if the carriers are sailing full, and they’ve employed sweeper to help move the roll-over boxes, then perhaps the issue is that more boxes and more ships are needed?

Less well known is how huge is the demand for Chinese, S. Korean, Vietnamese, and other Asian goods. Global demand for Chinese goods remains strong as PPE and work-from-home electronic products continues to support demand for China’s booming export shipments. Chinese global exports in November 2020 were 21% higher than November 2019, according to their General Administration of Customs, with imports some 4.5% higher. Chinese November exports to the United States, China's third-largest trading partner, were up 46% compared to a year earlier, while imports of American goods were ahead by 33%.

But think back to February-March-April: China was locked-down, and export or import cargos or containers were moving, which made the carriers cut back services. Then as China recovered, the North American, EU, and UK markets came to a halt amid shuttered malls, bankrupt stores, and locked-down citizens.

But that was six+ months ago: the mothballed ships have since rejoined their fleets, and Amazon and other merchants are running 24/7 as people worldwide are buying record volumes on-line.

What the pandemic revealed is how sharply the carriers and ports cut their investment requirements. While the carriers invested in newer and larger ships (imagine how much worse the current crisis would be if HMM’s new 23,000 TEU megas were not in service); the carriers lack of investment in container makes a tight freight market far worse.

Last week our friends at The Loadstar made an interesting comparison between global fleet capacity and TEU’s: they pointed out that how Drewry estimated that by Dec 2020, the global container inventory will have decreased 1% from 2019, to 42.4 million boxes, while Alphaliner is reporting the world’s box fleets to have grown by 3.5%, to reach capacity of 24.05 million TEU’s. Between slow-steaming, Covid-related port congestion, additional slow-downs due to lack of chassis and other port-related delays, the time needed to ‘turn’ a container has increased drastically, thus creating the shortfall causing today’s pricing and equipment crisis.

Industry reports indicate equipment shortages at every main Asian and Chinese port, USWC, UK, India, and Sri Lanka. Virtually every carrier is affected; the shortage of 40’HC boxes has spread to 20/40’ dry boxes, and non-operating reefers.

Carriers continue to aggravate the situation: last week Hapag-Lloyd halted pick-ups of empty forty-foot reefer containers in Germany, Switzerland, Austria, Hungary and the Czech Republic, CMA CGM announced they would no longer accept bookings from Asia to Europe until end December, while Maersk and ONE said they were imposing limits on vessel access. But these are not even good short-term solutions; refusing bookings does not make the need to move cargo disappear; it’s simply kicking the can forward into a rising pile of similarly-delayed boxes still needing to be moved.

While these sorts of actions can infuriate shippers, worth remembering is how rarely in a 10-year span carriers have the upper hand on rates. While the shippers are correct that the carriers neglected to invest in infrastructure beyond vessels, such infrastructure requires profits, which have been scarce as shippers regularly drove rates down. Both sides need to remember how much they need each other to survive.