Those shippers hoping for relief in spot freight rates, as traditionally occurs around the New Year, have been left disappointed on the major trades out of the Far East. Another year of COVID impacted Lunar New Year’s celebrations, and a backlog of boxes waiting for exports in the Far East mean little respite for the hard-pressed market.

Of the three major trades out of the Far East, only rates to North Europe have fallen slightly since 15 January, down USD 62 per FEU, a minimal decrease when considering a freight rate of USD 14 736 per FEU on 7 February.

On the other hand, rates for containers going into the US have increased since the middle of January, up to USD 382 per FEU going to the West Coast and USD 603 for the East Coast, as the latter continues to prove an attractive alternative to shippers looking to avoid the West Coast congestion.

Instead, as the pre-Chinese New Year rush to get cargoes out of the region before it shuts down gives way to the celebrations, lower exports lead to lower freight rates and increased blank sailings. 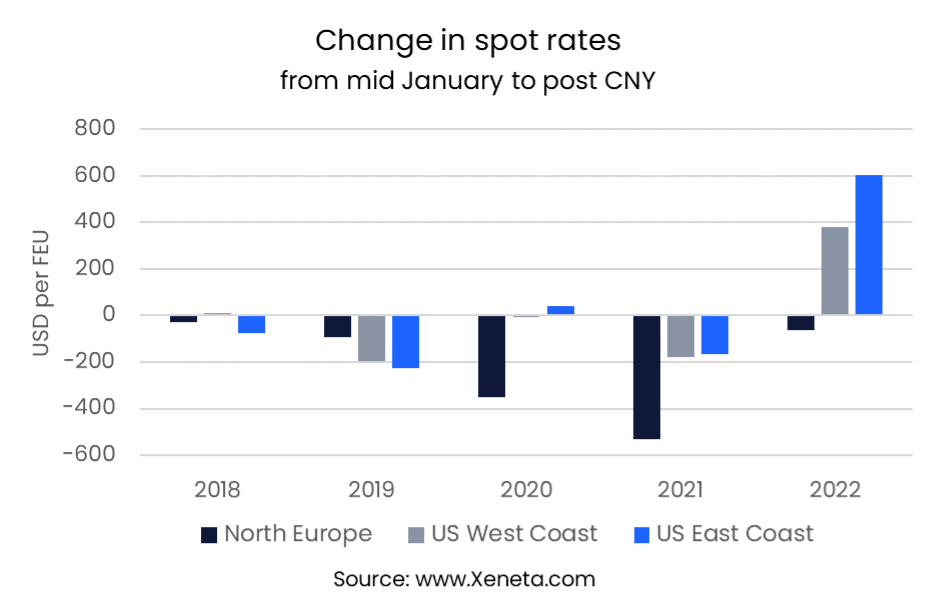 This year, any respite from lower manufacturing activity is quickly filled by the backlog in exports already prepared and waiting to be exported either at the warehouse or already in the terminal, with added complications such as sudden port closures thanks to COVID cases complicating matters further.

One bright point for shippers is a fall in premium surcharges on some trades, particularly to the USWC from the Far East and North Europe. Premiums on the Far East to the USEC have held up more, as this coast continues to prove increasingly popular over the West Coast.

Shippers who had pinned their hopes on lower spot freight rates after Chinese New Year will have to wait even longer.

The high market will continue for many months to come, with freight rates unlikely to fall anywhere near as much as would be needed for them to return to ‘normal’ pre-pandemic levels. Instead, they may ease slowly as carriers continue to deal with congestion and supply chain problems, potentially rising again as we enter the next traditional peak season, in July-Sept. 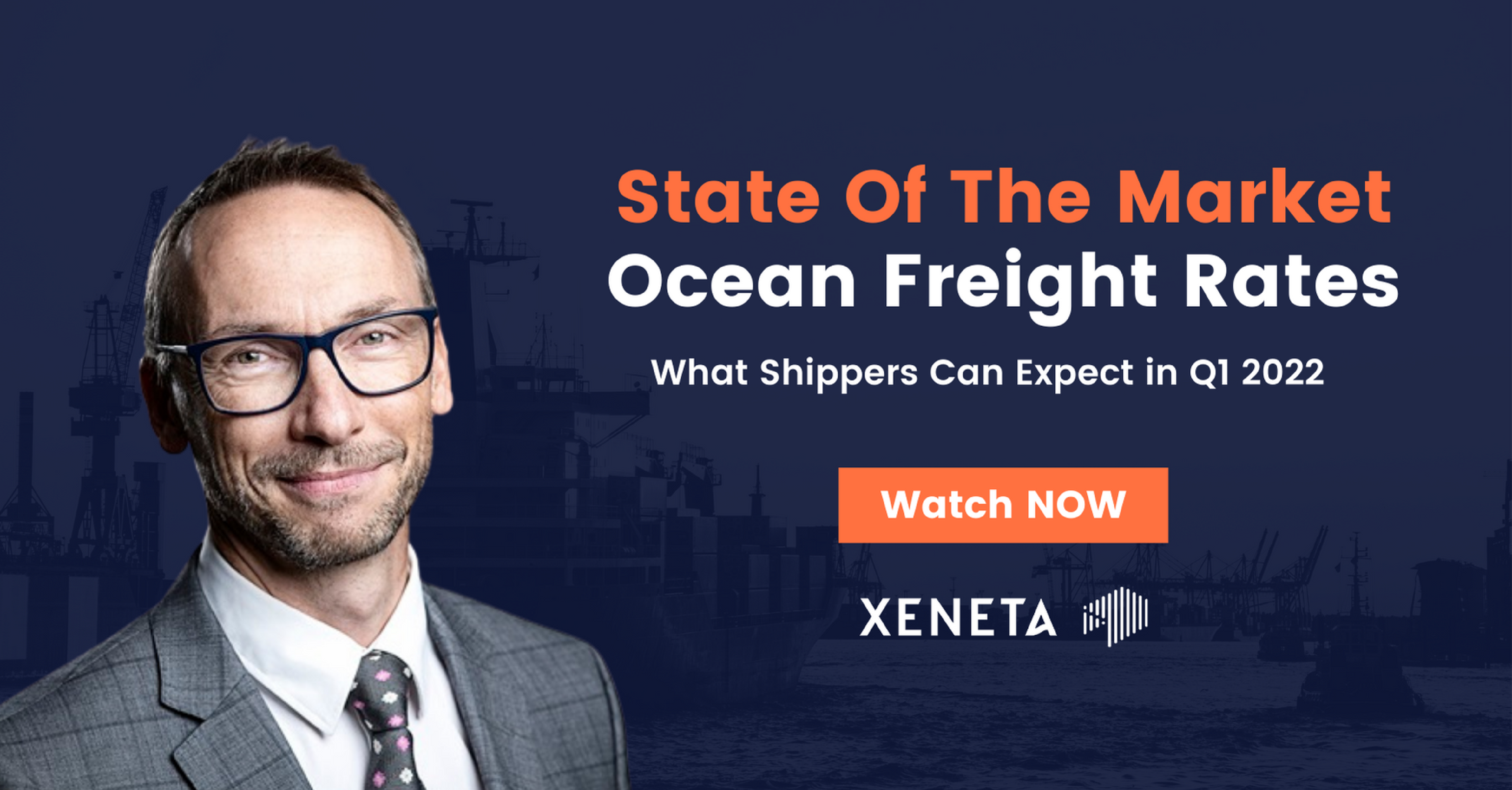