With hundreds of vessels being stranded at sea due to the Ukraine/Russia war, most carriers have stopped taking new bookings in Russia. However, previously-agreed bookings are still being carried out.

The U.S. is also trying to dissuade China from supporting Russia in the war on Ukraine and threatening sanctions that would have "material consequences" on China and likely significant consequences for U.S. and European importers. With the global events currently creating havoc on the supply chains, learn what Xeneta experts have to say about the future if the war continues.

Viewpoint: That Pain You're Feeling Won't Be Restricted To The Gas Pump

"On the Far East to the U.S. East Coast, deployed capacity is expected to fall in the coming three weeks," explained Peter Sand, chief analyst at Xeneta. "According to our data, spot rates out of China into the U.S. East Coast and U.S. West Coast are now the highest ever — plus any applicable priority shipment fees."

How Sanctions On Russia Are Impacting Global Shipping Watch our latest 'State of the Ocean Freight Market' webinar to learn about the short- and long-term economic and geopolitical impacts on shipping.

How Is The Box Industry Affected By Covid Yet Again?

While the world's attention has been focused on Russia's invasion of Ukraine for the last three weeks, the American media outlet CBS quietly released an interesting nugget on their recent Sunday television news show "Face the Nation."

In their March 20 broadcast, host Margaret Brennan discussed how Hong Kong currently has the world's highest Covid-related death rate and that the Hong Kong government was feverishly building large convention-hall style buildings to house and treat the many citizens with positive tests. But are Covid cases not rapidly declining? Not in Hong Kong and China, as it seems.

"Although the lockdowns have halted production at many electronics, consumer goods, and auto factories, the add-on interruptions make the business interruptions even worse; for example, the authorities in Beijing just placed the 17.5 million residents of Shenzhen into lockdown for at least a week, which will be accompanied by three rounds of city-wide testing. All bus and subway systems are closed, while all businesses, except those providing essential services, have been closed," says Patrik Berglund, CEO of Xeneta.

China Lockdowns: The Economic Cost of a Zero-Covid Policy

China is gradually easing restrictions in the regions mentioned last week, but port disruptions are expected to continue for at least another week.

"Companies' contingency plans include anything from growing their stocks of inventories to setting up production facilities in neighboring countries, or potentially the more expensive option to bring some manufacturing back close to where their main customers are," - said Peter Sand, Chief Analyst at Xeneta.

"So far it's mainly reputational risk that's at stake - if we reach a point where it's a break of sanctions to use fuels of Russian origin, some of the smaller players in the market tracking the origin of the oil may be in a super busy time of their lives," - suggests Peter.

'With other nearby export hubs also suffering from bottlenecks, including Hong Kong and Shanghai, vessels may have to wait until congestion eases to load cargo and that will mean phones, televisions and toys take longer to get to the United States,' said Peter Sand, Chief Analyst at Xeneta.

"I expect the consumers in the U.S. and shippers with cargo going for North America will be hardest hit," Sand said.

Spot rates for container freight are still significantly higher than contract rates, even thoughthe past nine weeks have seen a decline in the spot market. This means that despite a lull in spot rate developments, the level of long-term contracts hasn’t been prone to the same trend, says Xeneta Chief Analyst Peter Sand in an analysis.

"However, there is one route where the contract price has been higher than that on the spot market. The difference between spot and contract rates is far smaller on major backhaul trades, where the largest difference is in trade from the US west coast to the Far East, where long rates in mid-March were 40 percent higher than the spot market. In fact, long rates have been higher than spot rates since October 2021,” Sand said during a conversation with Astrid Sturlason from Shipping Watch.

What Is the Impact of the Russia-Ukraine Conflict on the Asia-Pacific to Europe Air Freight Market?

As we carefully monitor how the current conflict in Ukraine develops, it’s important to understand how the conflict and sanctions on Russia the shipping industry with freight rate rises and capacity issues.

In these unprecedented times, many shippers find it difficult to proficiently react to market fluctuations and identify how air freight rates will be affected.

Watch our latest episode of the monthly ‘State of the Air Freight Market’, in which Paul Mullins, Xeneta CRO, and Niall van de Wouw, Xeneta Chief Airfreight Officer, discuss how recent events will impact the air freight market in the short- and long-term. Watch our exclusive episode of Xeneta Newsroom, where Niall van de Wouw, Xeneta Chief Airfreight Officer, discussed the impact of recent events on the air freight market in the short- and long term. 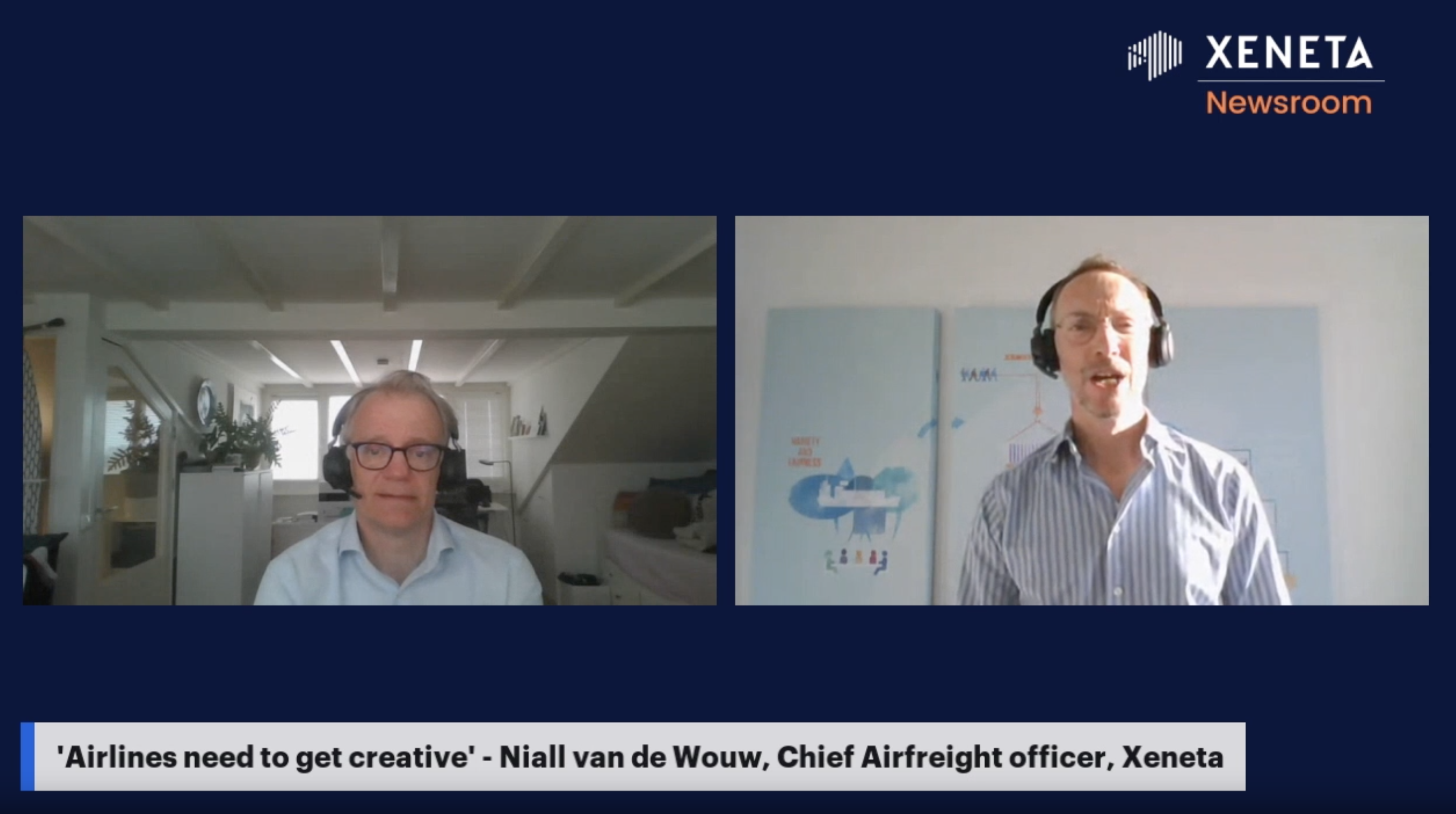 In his conversation with Lena Göthberg at the Shipping Podcast, Peter Sand asks us to put everything in perspective; the Evergiven, the Pandemic, and the Ukrainian crises. He also thinks that shipping is a peacemaker, as odd as it sounds. Trade and transport of goods always include two parties that need to agree. Let’s pray that this latest crisis also will en in peace.

Listen to the full podcast HERE. Get in touch or send your questions to info@xeneta.com