Similar to airline alliances, box ship alliances are meant to cover the maximum amount of ports with a minimum amount of ships. The theory is correct; this is how the carriers offer 1-stop shopping to their clients. Be it Abidjan, Antanarivo, or Aarhus, a shipper can call his box carrier salesman and get cargo moved economically and quickly to-or-from virtually any place in the world.

A single year in the recent history of global shipping and shipping alliances is beginning to feel like a dog’s year, racing ahead at 7x normal human speed. The industry’s quickly shifting away from service/brand individuation towards consolidation, commoditization and an unknown future with both opportunities and conundrums.

Ocean Alliance. CMA CGM, CSCL, OOCL, and Evergreen make up these ocean shipping alliances. This is an alliance worth noting; with CMA CGM’s the previous year’s takeover of  NOL and APL, the Ocean Alliance now controls 26% of the world’s box space. Then there is 2M (Maersk and MSC) which controls 33.4%, meaning these two alliances control 59.4% of the world’s TEU’s.

Left to fend for itself, UASC immediately put in a merger call for Hapag-Lloyd and together with Yang Ming and the 3 Japanese carriers, K Line-MOL-NYK, now form THE Alliance, which holds 16% share of the global market.

But if alliances are such a good concept, then why was 2016 such a challenging year? Sorting out the Hanjin bankruptcy, the Japanese trio NYK-MOL-K Line trying to merge, Hapag Lloyd taking over UASC, Maersk buying Hamburg Sud, CMA CGM buying Neptune Orient, while the Chinese government forced the merger of loss-making COSCO-CSCL; these are indeed interesting times. 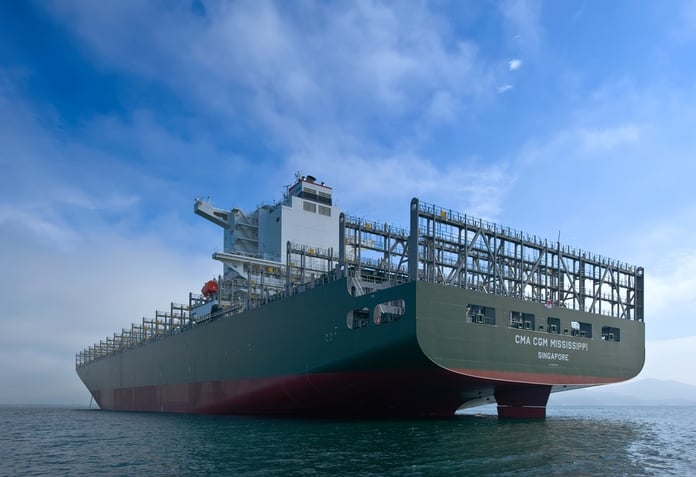 Is There Positivity in Alliances?

We wonder if alliances and service agreements bring in more business, or does today’s horrific supply-demand equation make alliances immaterial? And what does this really mean for shippers?

In 2000 four carriers held 23% market share; while in 2016, four carriers held nearly 50% and today the three alliances hold 96% of the major trade routes. Consolidation works for the airlines who are reporting huge profits. Surely moving placid 20’, 40’containers should be easier and at least as profitable?

Unfortunately, no. It seems the carriers are their own worst enemies. In their continued arms race to bring more and ever-larger ships into service, the supply of TEU’s exceeds the demands of TEU-cargo; the net-net is that ocean rates, though on a rise, may not hold through the end of the year. As always, it’s too hard to predict as the market changes quickly.

The Journal of Commerce recently reported that the first of 11 record-breaking Maersk ships has entered Asia-Europe and that the container ship fleet doubled between 2000 and 2016 from 2,541 to 5,066 vessels, quadrupling capacity to more than 25 million TEU from just under 2000, citing IHS Markit data.

As China’s economy continues to shift gears in the face of changing global consumer demand, launching more of the innovative Triple E class has only added to a supply-demand mismatch of global growth rates; global economic forecasts expect growth of 2.1% and 2.9% (2016, 2017) compared to TEU increases of 8.4% and 4.8% (2016-2017).

Let’s also not forget about the Chinese “One Belt – One Road”. How does an alliance counter China’s spending billions of dollars promoting its “One Belt – One Road?” OBOR looks to siphon large-volume JIT cargo such as liquor, auto parts, and pharmaceuticals off the East-West shipping lanes due to the 2+ weeks faster rail transit time. It will be interesting to see how carriers respond.

On their own, these are impressive ships, but they are just the tip of the Mega over-supply iceberg; MOL has four 20,000+ TEU’s ships following, Maersk has ten and OOCL has five of 21,000.

One hopes that CMA CGM and UASC, whose mega fleets are approximately 18,500 TEU’s,  are not stricken with mega-envy and feel the need to go-large – it is worth remembering that only last May that the first mega to call in the US was CMA CGM’s “Benjamin Franklin” (18,000 TEU’s)  and the result was so unremarkable that CMA CGM not only cancelled their plans for a Mega string to the US, but it took 12 months before COSCO’s  13,000 TEU “Development “ the 2nd largest box ship to ever come to the US docked at Savannah and Charleston. If that’s the size of vessel needed to competitively serve the East Coast American / Canadian market, then the cascading effects from those new Mega’s serving Asia- Europe may serve to, again, soften rates.

Still Too Many Boxes But Horizon is Positive

The result has been too many boxes pursuing too little freight and the carriers have been caught in a perfect storm of unprofitability that is rocking every factor of shipping today. But, it seems that things are looking up already in Q2. The outlook is far better now than a year ago. With CMA CGM reporting a profit for Q1 and further improvements in most carrier numbers should be expected in Q2 numbers and onwards, as we reported earlier on Maersk.

And with the glut came blame. As The Loadstar recently reported, container shipping lines’ bigger ships and move towards shipping alliances may lead to less choice and less supply chain resilience, but carriers are quick to note that shippers [who buy these services] may have brought these changes upon themselves.

Carriers and their mega-alliances (especially in longer-haul lanes) are showing signs of driving the concentration of ports and cargo and reducing the number of ports served. Bigger ships have led to consolidation, alliances and oligopoly” that “could lead to less return on investment for transport infrastructure, less choice and less supply chain resilience” due to reduced options.

Industry experts have noted that new business models are clearly the way to go. And they certainly are, as supply chain design, digitization and related efficiency will eventually need to trump cheap rates and sometimes lackluster service.

Perhaps ocean carriers and their alliances will continue to move in the direction of other transport modes--where collaborative shipping and partnership make more sense as a business norm? It remains to be seen what happens as shipping lines consolidate and continue to serve shippers who want--and need--added value and services yet don’t want to assume yet more risk.

For rates to improve; supply and demand needs to balance, and for that to happen, either the world economy needs to improve or TEU’s need to be taken out of service. It’s really just Economics 101, as the ghosts of Pan Am, APL, Swiss Air, Hanjin, British Air, and others will confirm.

Related: Oil Prices and the Effect on Shipping Rates

How to Make Sure You Have Competitive Ocean Freight Rates
Find out how planning and using the right shipment methods can ensure that you have competitive container rates. GET E-BOOK