Oil Prices And The Effect On Shipping Rates 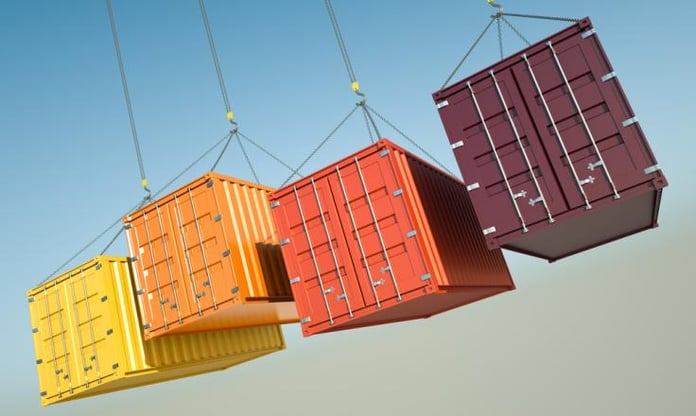 Around the world, dropping fuel prices are being celebrated, reaching their lowest point in over a decade. Just recently, during the World Economic Forum in Davos, Switzerland, BP’s CEO Bob Dudley had admitted that $10 Oil is possible, but it wouldn’t last forever. He said that 2016 would be "a year of two halves." The first half would see oil prices continuing to follow its current downward trend in which it could possibly reach $10/bbl. However, the second half of the year could see oil prices begin to make the climb back up. The price of oil "has been low in the last year, I think it has been lower for longer but it is not lower forever," Dudley said. Yet, while many are reaping the benefits of lower oil prices, it’s not true for all.  Brazil and Russia, two major commodity exporters, are dealing with a weaker currency, which reduces their purchasing power and negates the benefit of the lower fuel prices. Additionally, local fuel taxes and subsidies also have a diminishing effect on the now low price. Carriers will need to beware of these factors before assuming that the dropping oil prices will necessarily translate into a stronger market demand. Still, some savvy trucking companies in the U.S. are taking advantage of the drop, shaving off 39 cents a gallon from pump prices and significantly dropping operating costs. The drop in oil prices will all have a different effect on intermodal transportation and oil freight: some will benefit more than others.

While fuel isn’t as big a factor for railway costs, it does make up approximately 20 percent of total operating costs, making oil freight rates a major line item for rail companies. The rail industry operates a little differently than other modes of transportation, splitting the benefits of lower fuel costs between operators and customers. Operators get the benefit of higher margins, while customers get a little breathing room from lower fuel surcharges. And unlike other carriers,major rail companies aren’t as happy about the dropping price of fuel. Due to an abysmally weak energy market, railway operators in both Canada and the U.S. are taking a major hit from the dropping demand for coal, crude oil, and fracking sand. While fluctuations are to be expected, they are typically offset by fuel surcharges. However, with the low cost of fuel, what surcharges that do go through aren’t nearly enough to offset the drop. U.S. based Union Pacific, for example, took a 22% drop in the fourth quarter, a profit loss of $1.12 billion. Canadian Pacific Railway Ltd., which was attempting to buy out rival U.S. company Norfolk Southern Corp., took a 30% drop in earnings. This marks a pressure on rail volumes to levels that aren’t seen outside a recession.

The trucking industry is faring a little better due to the drop in fuel costs. While still less cost effective than rail transport, trucking companies will need to focus on reclaiming former customers that were lost due to high fuel costs, and many have already begun. According to the Journal of Commerce, a number of U.S. based shippers decided to shift their freight from rails to trucks, rather than the other way around, for the first time in over five years. One reason for the shift is due to the congestion on the tracks, a result of increased demand on railway transportation. This change is further fueled by lower diesel prices, allowing trucking companies to exploit this trend by highlighting the stronger speed/cost trade-off that is available to customers. With lower fuel costs, trucking companies can center their operations around demand, rather than fuel savings. This is allowing companies to rework routes and networks to meet customers needs, adding both speed and convenience to their service offerings. Additionally, lower fuel costs will allow companies to keep some older, less fuel efficient truck models on the road for a bit longer, circumventing the need to replace them outright.

We’ve been keeping a close eye on the world of oceanic freight, and you might expect that carriers would be delighted in the fact that fuel prices are dropping. Lower fuel prices means lower operating costs and therefore, more money to be made in spite of the weak demand. However, even with oil prices plummeting, many carriers are selling ships at rock bottom prices. Ocean carriers are being hit hardest by the failing demand, and many carriers are scrambling to find a solution. A growing trend that has only been feeding the problem is overcapacity. Many carriers are investing in larger and larger ships, while demand simply isn’t there to support it.

Despite the fact that ocean carriers, especially with the larger mega ships, should benefit the most from the low cost of fuel, the market is dictating the rules, and because of that, carriers tightening their belts and preparing to weather the grim year ahead. There is certainly a great deal of turmoil going on within the logistics markets.

What would be considered a blessing and a boon at any other point has been dragging down what little profits are to be made from porting freight from one corner of the globe to another, for just about every mode of transportation. Yet, even with the moving rates, the oceanic shipping industry has been passing even more savings than they might have realized with the dropping oil prices, creating a strange sort of paradoxical relationship between falling profit margins and customer relations. There is much and more at play for oceanic freight companies, both good and bad.

While the rail companies don’t rely predominantly on oil, it does make up a big portion of their revenue through fuel surcharges. With little surcharges to draw on, many rail companies are looking at a grim year. The trucking industry is faring better, as low fuel prices drop operating costs and allow them to rework their operations to better suit their customers. Oceanic freight, on the other hand, still has a long way to go before they even out. Weak demand and overcapacity plaguing the ocean carriers, causing them to either bailout, consolidate, or both.

As it stands, the only real cure for the now lethargic shipping industry is an increase in demand, however the chances of a demand boom seems to keep getting dimmer as new reports are being released. The International Monetary Fund has recently lowered its forecast for global economic growth this year down to 3.4%, and only 3.6% for 2017. Peter Sand, the chief shipping analyst at BIMCO, said that would translate to approximately 4% container growth for the year, roughly half of the capacity growth for this year.

“Overall, container volumes being moved around the world have grown by an average GDP-to-trade multiplier of just 1.1 since 2010 and we expect this to continue in coming years,” Sand wrote in his report. This, however, is not a new trend as shipping has been dwindling since 2000-2008 when the GDP-to-trade multiplier was at 2.2, double its current standing. 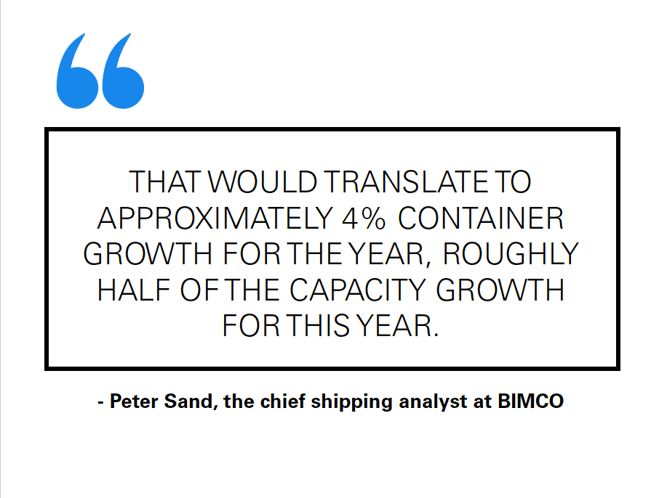 How It Will Affect Oil Shipping Rates And The Shipping Industry

Fortunately, the rampant and seemingly unchecked growth of capacity is starting to slow down, albeit minimally. BIMCO estimated that last year saw 1.67 million TEUs of capacity being added to the global fleet, increasing its size by a tremendous 8.1%. This year, between less ships being delivered and carriers scrapping old ships at an unprecedented rate, growth should slow to 850,000 TEUs, comprised mostly of the overly abundant 8,000-plus TEU category as the trend favoring bigger ships continues. While this marks a record low for fleet growth, it still isn’t even close to being enough to offset the weak growth of cargo demand.

Sand offered a different solution to combat the drop in demand from Europe, retailers should simply place more production orders. While it seems a little simplistic, it does create a rather straightforward solution. Rather than running inventory down to minimums before placing an order, European retailers and wholesalers could resume large scale imports as they have in the past. This idea, combined with the increased purchasing power brought about by the devalued Chinese yuan, would help to create demand for oil freight rates and the shipping industry.

According to an interview between a Hong Kong based global shipping company and JOC.com, a number of state owned factories are offering manufacturing prices below the cost of even the raw materials in an effort to maintain full employment.

“Private consumption in Europe has been steady over the past year so eventually demand should come back,” Sand had said. “At what level and what time remains uncertain. What remains certain is the sooner, the better,” he added.

With the prospect of European growth continuing combined with the U.S. economy maintaining steady improvement, the hope remains that consumer demand will continue to grow and equilibrium will stabilize the freight and logistics sector as a whole once again.

I welcome to hear your feedback on this topic. Please feel free to leave a comment and/or share via your social networks.