Should BAF be Included in the Freight Rate?

This is the final part of the Xeneta 11-part FAQ series, focusing on critical freight rate benchmarking and procurement questions.

The series answers the most frequently asked questions revolving around the complex world of ocean freight rates benchmarking and procurement. It provides you with some tips and tricks to make the process a little less painful.

Part 1: When is the Best Time to Negotiate Ocean Freight Rates?

Part 2: Will I Leave Money on the Table with 12-month Fixed Rates?

Part 4: How do Alliances Affect my Rates and Service Contract with a Carrier?

Part 5: Should I Choose a Carrier-Based on Trade lane or Based on Combined Volume?

Part 6: Should I Benchmark my Shipping Freight Rates Against the Competition?

Part 7: What are the best practices in Freight Contract Negotiation?

Part 8: What if my Volume Decreases or Increases During my Contract Period?

Part 9: Should I Hedge My Bets and Sign Short-term Shipping Contracts?

Part 10: What About Ocean Carrier’s Financial Stability - Will my Shipment be Delayed or Diverted? 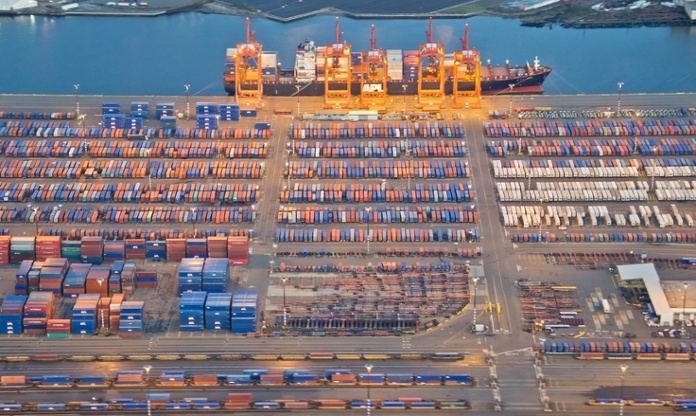 BAF is the abbreviation for Bunker Adjustment Factor. The term “Bunker” refers to the Fuel that is used to operate ships. The ship operator is responsible for the payment of these bunkers to the bunker supplier.

BAF is charged separately or included in the freight charge depending on the trade route and agreement between the carrier and the shipper/BCO.

BAF depends entirely on how oil prices shape up, and there is no fixed recipe for success. But if you consider BAF a “concept” rather than a “charge,” there is certainly scope for the customer to customize the concept to suit their business.

To explain further, BAF comes in a few different “flavors” – Fixed, Locked In, and Floating.

Fixed BAF means the quantum of BAF that the carriers charge is limited and does not vary based on market forces or fuel price. This option is suitable for customers who want to know the exact costs that they will be paying for a shipment.

The opposite of Fixed BAF is Floating BAF, which means that the quantum of BAF fluctuates depending on the price of fuel. This option may be advantageous to the shipping line in that they may not lose money if the fuel price increases or decreases as this surcharge is linked to the price of fuel. However, floating BAF may be disadvantageous for a customer as significant variations may mean that their product price could increase, making them uncompetitive in the market.

As a kind of a “compromise,” big volume shippers may choose the third option and “lock-in” the BAF quantum with the carrier for a fixed period to gauge the market and may agree to adjust the terms. This could work in favor of either side as they could gain if the bunker prices go up or down respectively during the “locked-in” period.

Whether the liner updates their BAF fee daily, weekly, monthly, quarterly or annual basis will depend on the fluctuations of oil prices, the vessels deployed on the various corridors, and whether their customers are looking to secure short or long-term rates. 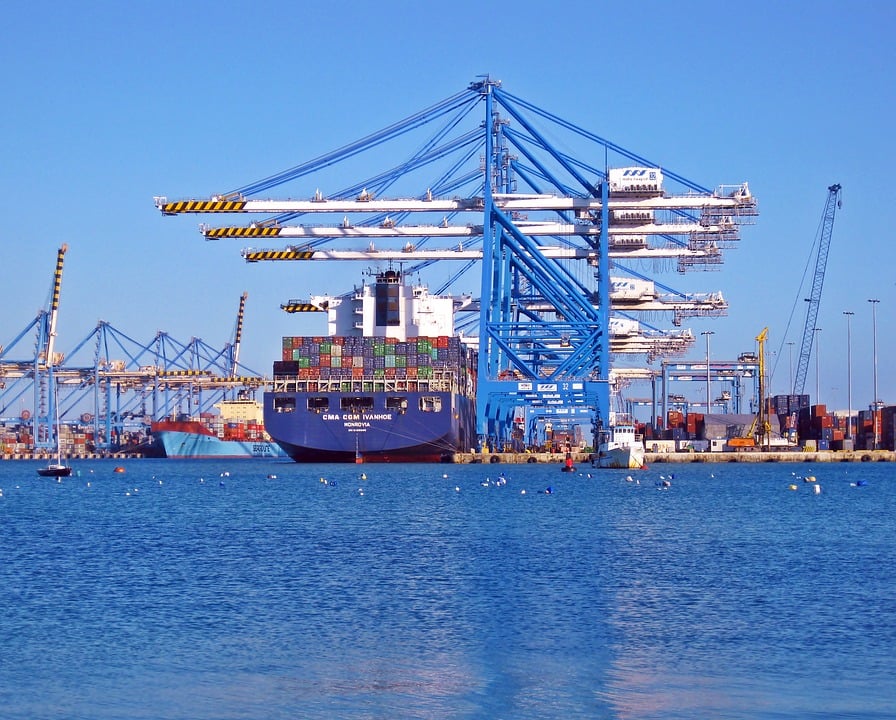 What Does This Mean for BCOs or NVOCCs?

Suppose you are a BCO or Freight-Forwarder / NVOCC, depending on the volumes, you can commit to a shipping line. In that case, there may be an opportunity for you to negotiate a fixed BAF quantum for at least a year, primarily if your freight rate negotiation is based on a yearly tender/bid.

In the past, many shippers have resisted the practice of allowing Floating BAF as they had a suspicion that carriers may be using the BAF amount to compensate for the lack of increase in freight rates.

Shipping lines like Maersk did try to dispel these customers' suspicions by ending all-inclusive contract rates and charging BAF using a new formula based on which the BAF would be determined transparently and straightforwardly using calculations provided by independent, third-party shipping industry sources.

This formula was based on The Transpacific Stabilization Agreement, a discussion group covering most of the Eastbound Trans-Pacific carriers. As per this agreement, bunker surcharges were based on average bunker costs in various markets.

Through extensive interaction with their customers, Maersk Line understood that this model could not work because carriers deployed larger ships across the years. The technological advances of ship design reduced bunker costs per container. Also, there was an imbalance between head-haul and back-haul because there were more empty containers on the back-haul.

So, Maersk Line came up with a new formula that based its calculations on

All these factors were recalculated once a year, and the BAF was recalculated every quarter based on the average of fuel prices in the past year. Separate BAF was calculated per geographical zones.

This new formula became a Floating BAF, so the shippers would only end up paying the variation in fuel costs, if any, or enjoy the benefits of the fuel cost went down. 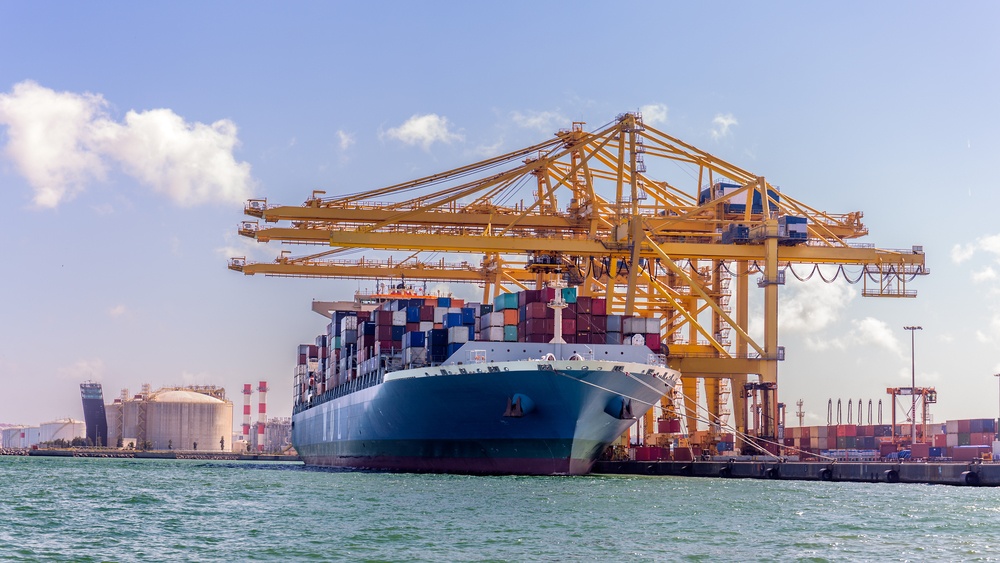 Last October, the IMO decided to cut sulfur limits for bunker fuels worldwide from 3.5% to 0.5% from the start of 2020. Industry studies show that this change over can affect bunker costs which means those using a Floating BAF model in 2020 will stand to lose money, whereas those with a “fixed” or “locked-in” BAF may stand to gain.

BCOs may need to consider arranging with the carriers, wherein BAF should be fixed for at least 4-6 months, and any changes should be done only after that period towards a neutral index.

Although there are ways of handling fluctuations effectively, a monthly or quarterly BAF may become an administrative nightmare. Not just for you but other departments or even your trading partners. Taking economies of scale into consideration as new, even more efficient mega vessels keep entering the market, one might think that both sides would be better off just negotiating an all-in CY-CY rate - without a specific BAF surcharge.

Shipping lines may have different names for this fuel surcharge – BAF (Bunker Adjustment Factor), BUC (Bunker Contribution), Standard Bunker Adjustment Factor (SBF). Still, whatever it is called, a pertinent question to be asked would be, “how much of cost savings would you as a BCO enjoy by having a variable BAF model as opposed to a fixed BAF model.”?

What are the best Practices in Freight Contract Negotiation?
Read more
What if my Volume Decreases or Increases During my Contract Period?
Read more
Should I Hedge my Bets and Sign Short-term Shipping Contracts?
Read more