One of the most critical events in the world shipping industry was the International Maritime Organization's October 27th, 2016, announcement formally adopting rules to cut the amount of sulfur in bunker fuel. S&P Global Platts reported in September 2017 that  Ultra low sulfur bunker fuel in Rotterdam, for example, hit the highest assessed level since the S&P Global Platts assessment began in September 2015. It also reported that bunker fuel availability at Rotterdam had been steady, although demand is low as the market hopes that prices will decline.

Last year's announcement set global regulations limiting the number of sulfur emissions from vessels, with an enforcement date beginning in 2020. The IMO's Marine Environment Protection Committee set new requirements requiring sulfur emissions to drop from their current maximum of 3.5 % to 0.5%.

The introduction of the sulfur cap has, as anticipated, caused much discussion among players regarding compliance. However, sources of S&P Global Platts do not believe that companies are preparing early for the implementation of the regulation.

"Well, everybody is talking about [the sulfur cap], but nobody knows what to expect or what the best solution is...the common strategy, for now, seems to be 'wait and see,'" a trader said to S&P Global Platts.

The shipping industry accounts for more greenhouse gas emissions than airplanes, buses, or trains, and with some 90% of world trade transported by sea, the shipping industry is among the world's biggest sulfur emitters; the sulfur oxide content in heavy fuel oil up to 3,500 times higher than the latest European diesel standards for vehicles. The IMO decision reduces the shipping industry's share of the world's air pollution from some 5% to 1.5%, which is expected to save millions of lives in the future.

Industry spokespeople were predictably outraged. The fuel change will add extra shipping costs as the shipping industry tries to survive its worst downturn. The higher bunker prices for ULSFO or MGO Distillates are some US$ 35-40 billion – assuming the world's refiners would produce the low-sulfur bunker fuel required.

The world is awash in oil. Private and national oil companies are desperate for new markets, as are the independent refineries that process crude oil. Xeneta's research shows that shipping companies currently use some 3 million barrels per day of high-sulfur fuel oil (HSFO 380, sulfur 3.5%). Assuming 7.33 barrels per metric ton, that's 409,267 metric tons per day of high-sulfur bunker fuel that needs to be replaced by ULSFO (Ultra Low Sulfur Fuel Oil, sulfur 0.10% max).

Similar to the competition on land, where methanol, LNG, and hydrogen are being investigated as a source of cheaper fuel, one wonders why refineries and large oil companies are not working 24/7 to best match crude supplies while planning to rebuild refineries best to serve this new market of 149,285,000 metric tons annually?

Related reading: What Are The Profit Margins In The Shipping Industry?

Shipping Lines Must Use Buying Power

UBS says the world shipping industry uses 4% of the world's oil annually. So today, where crude oil faces long-term competition from natural gas, renewables, biomass, and other yet-to-be-invented technologies, the shipping industry cannot fail to use this buying power to negotiate the premium (currently approx US$ 117 / MT) for ULSFO over HSFO)?

Every ship will be required to use low-sulfur bunkers, so the extra cost for ULSFO can be passed along to their shippers at higher rates, who will pass it along to the end buyers. These new low-sulfur rules do not have to be an issue for shipping companies – unless they fail to take advantage of the only commodity worldwide that's in worse shape. 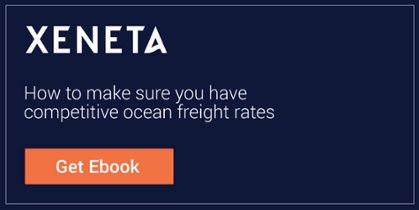