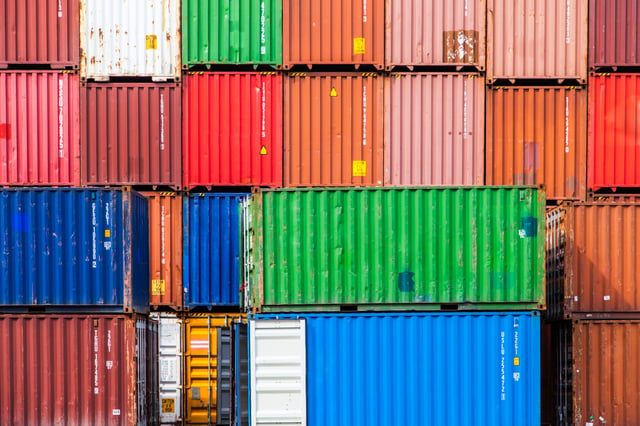 It should be a simple matter of Supply & Demand: the shippers with the biggest volume should be able to leverage their boxes and pay the lowest freight rates.But they’re not, and in many cases these big-volume shippers are paying far above the current Asia-Europe or Asia-US rates.

How one cannot leverage 50,000 – 500,000 TEU’s annually into rock-bottom TEU rates in this market is mind-boggling; yet the same volume that looks so good on the spreadsheet causes paralysis in real life, as we will discuss.

It’s important to remember that “lowest freight rates’ is a subjective term: TEU shipping rates rise and fall accordingly to such factors as space availability, fuel prices, Chinese New Year, and/or West Coast USA port strikes. A $ 600 / rate is good if the shipment was forecast at $ 800, but a debacle if your competition is paying $ 400. With rates no longer based on fixed-rate GRI’s, the savvy shipper needs to keep track of freight rates in order to not unnecessarily bleed away profits.

Big-Volume TEU shippers are predominantly consumer goods –related. Be it textiles, spirits, or retail goods, the corporate requirements of Big Volume Shipping TEU’s are different than shipping two or three 20’ containers of copper scrap or Oxalic Acid. The consumer goods market is different; shippers doing big volume shipping typically sign annual supply contracts with large vendors in order to keep merchandise in their stores, or are direct vendors to the giant EU and/or American retail chains.

Supply chain management is designed for these companies who need guaranteed weekly or bi-monthly boxes, set shipping schedules, and accurate ETD’s and ETA’s. In return, they sign contracts with trusted carriers who promise sufficient boxes, reliable schedules, and accurate vessel / container information, as well as all the lanes necessary to deliver the goods worldwide.

The Big Volume Shippers typically sign annual contracts for ocean freight, either with steamship lines or the larger 3PL’s; these are typically fixed price contracts that may have a “Bunker Adjustment Surcharge” clause. This keeps the bigger shippers safe from the quarterly GRI’s, while leaving them at the mercy of BAF’s that seemed to stay in effect long after oil prices stabilized.

The availability of affordable technology helped fuel the boom in 3PL’s and 4PL’s, which enabled the shippers to drastically cut logistics staff following the Crash of 2008. Who needed that sort of overhead if it could be outsourced, and as teu rates began to drop in 2014, and oil prices collapsed in 2015, the result was a widening gap between short-term and long- term teu rates.

But with shippers speciliazing in big volume shipping now outsourcing their logistics and shipping, they lost their in-house ocean freight expertise to the 3PL’s. At the Transpacific Maritime Conference (about two weeks ago in Long Beach, CA) Siva Narayanan, director of international operations and warehousing at Solvay Chemicals told the attendees “…companies slimmed down after the great recession and I don’t think they ever imagined the way their workloads would increase...these companies are not going to hire more staff, they are going to look to pay 3PLs to do that work for them.”

Even as the Box Club prepares for its bi-annual end-March meeting in Hong Kong, the major alliances are already fracturing. While the 2M (Maersk and MSC) vessel-sharing alliance will likely continue, the CKYHE, G6, and Ocean Three will likely be re-aligned as blanked voyages, cascading, and carrier financial issues continue to put pressure on the spot rates.

The shippers’ response is curiously passive; Solvay’s Narayan’s said “The general policy for us is not to put too much volume with any one alliance,” which unfortunately dilutes the volume shippers can use to obtain lower rates in today’s market.

Instead, the 3PL’s use the volume given to them by the big volume shippers to negotiate lower ocean freights and keeping the difference as profits. By not leveraging their volumes and engaging 3PL’s instead of negotiating with the carriers directly, the shippers are leaving money on the table.

On February 25, US freight forwarder Expeditors International announced increased profits. The Seattle based company said Q4 net revenue (gross sales less payments to shipping lines and air cargo carriers) was up 3% to $536m, reflecting the company’s ability to increase margins in a weak market by taking advantage of the considerable freight overcapacity and negotiating lower rates from carriers.

So the question remains; does volume influence ocean freight rates? The answer is a bit unclear: volume can, if utilized, as Expeditors International showed. But from the 2015 Long Term Annual Mean Market Average, it appears the big volume shippers are working hard to leave money on the table with every container shipped.