What Is The Cost Of Tendering For A Shipper? 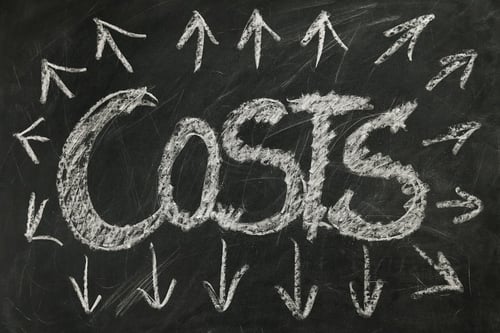 Tendering is costly and timely for all parties involved. The time, the effort and the expense for suppliers of answering a tender or bid, is estimated at upwards of $15,000 per tender. For a shipper, however, the expense in terms of time involved is enormous and the fact that carriers respond to as few as 20% of the tenders they are invited to participate doesn’t make the job of finding the best suppliers any easier. Here are some steps shippers go through during a tender which illustrates that the process is becoming somewhat tedious.

Once a positive decision on launching a tender has been made, intensive freight procurement data gathering is the first step in the procurement process.  The responsible procurement manager or department typically collects data from different business functions such as operation, sales, finance to identify existing volumes, forecasts, and other requirements in order to outline what he is specifically looking for.

Next they create an invite, an RFQ/RFP, to suitable suppliers to participate in a cumbersome tender process that is usually managed either manually by spreadsheet, Outlook or a procurement tool such as TI Contract or Ariba that in fact can be very helpful in some cases. As the communication with suppliers has just got started, if one participant has a question, the shipper has to make sure everyone involved is provided with the same answers.

Once potential suppliers have submitted their proposed tenders, the shipper then ranks them based on certain criteria, preferences that may vary from one participating business unit to the other that neither won’t simplify the tendering process nor lessen the work needed to be put in. Thereafter feedback and targets are shared with the suppliers. This part of the process can take several rounds of discussions until the shipper and suppliers enter into detailed contract negotiations.

Given the nature of our business, we are in daily contact some of the world's largest industry stakeholders and all share very similar stories as to many people from multiple departments should be closely involved in a tendering process and on average, it is estimated 2-4 FTE are needed to ensure the project is completed. The project, that is often long and drawn out.

To give a bit of insight into the volume procurement managers and suppliers have to deal with, in the Xeneta database alone there are more than 35 million contracted rates, over 160,000 port to port connections and an average business unit have approximately 228 port to port pairs, so one can clearly see the time and efforts needed is enormous for shippers to compare and contrast each of these pairings and execute a tender efficiently.

By utilizing a benchmarking service that offers real-time visibility in port-to-port pairings, shippers can find the support they need for decisions and growth. It is recommended that the data obtained from benchmarking tools is used frequently to help the shipper become more efficient.