Similar to the major global trades, spot rates out of West India and Pakistan have seen considerable decreases in the past few months, though the movement on long-term rates has been more split.

The average long-term rates signed in the past three months from West India to the US East Coast increased in October by USD 600 per FEU from the end of September till 25 October. This increase comes despite the continuous decline in spot rates, leading the spread between long and short-term rates to rise to a record high of USD 3 800 per FEU. 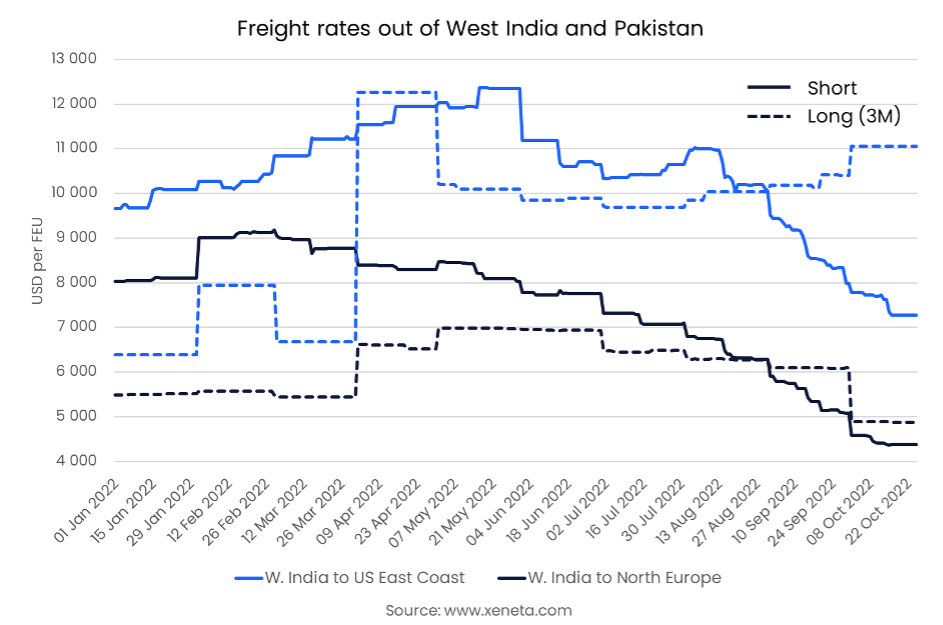 Spot rates from West India to North Europe peaked earlier, hitting USD 9 100 per FEU in March 2022. Since then, they have fallen to less than half that level today: USD 4 400 per FEU.

Despite spot rates moving in the same direction in recent months, long-term rates to North Europe have fallen recently, in contrast to the development in long-term rates to the US East Coast. The average rate for long-term contracts signed in the past three months from West India to North Europe has fallen by USD 1 200 from the end of September, down to USD 4 900 per FEU as of 25 October.