Spot rates between the Far East and the South America East coast are rising again after falling close to 40% in the first four months of the year.

Since May, though, the turnaround has seen spot freight rates rise by USD 2 900 to USD 10 600 per FEU on 13 July. This is still down from the average spot rate at the start of this year when shippers paid an average of USD 12 400 per FEU. 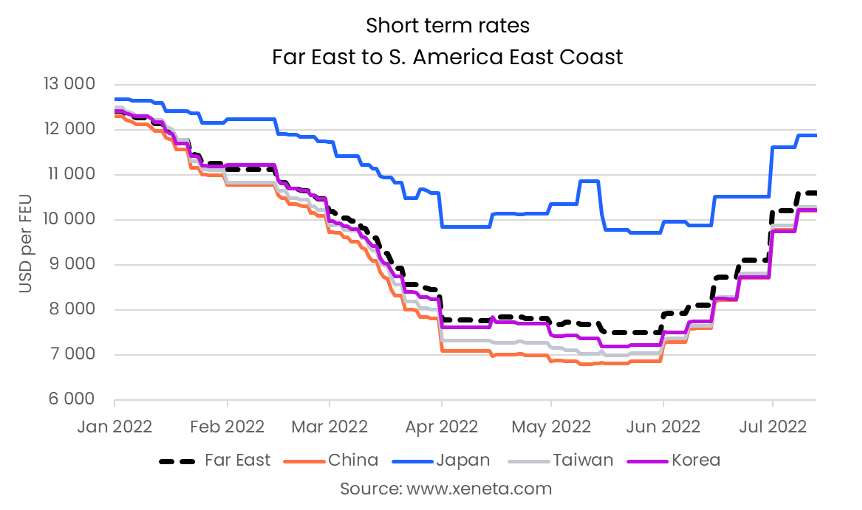 Only the spot rate out of Japan is higher than that out of the whole Far East, compared to the start of the year.

Japan was already the most expensive origin on this trade at the start of the year. After falling by just USD 800 per FEU through mid-July, it has become comparatively more expensive than its neighboring countries. On 13 July, shippers were paying USD 1 700 per FEU more to export from Japan to the South American East Coast than from China.

In contrast to the recent increases in the spot market, rates on the long term market have continued to fall into July.

The average rate of contracts with validity starting within the past three months stood at USD 7 750 per FEU on 13 July. So far this year, the long term market has followed the spot market with around a three-month delay. The fall in spot rates in January was reflected in April, with rates continuing to come down since then, so watch out for an increase in long term rates as these will reflect in the latest rise in spot rates.