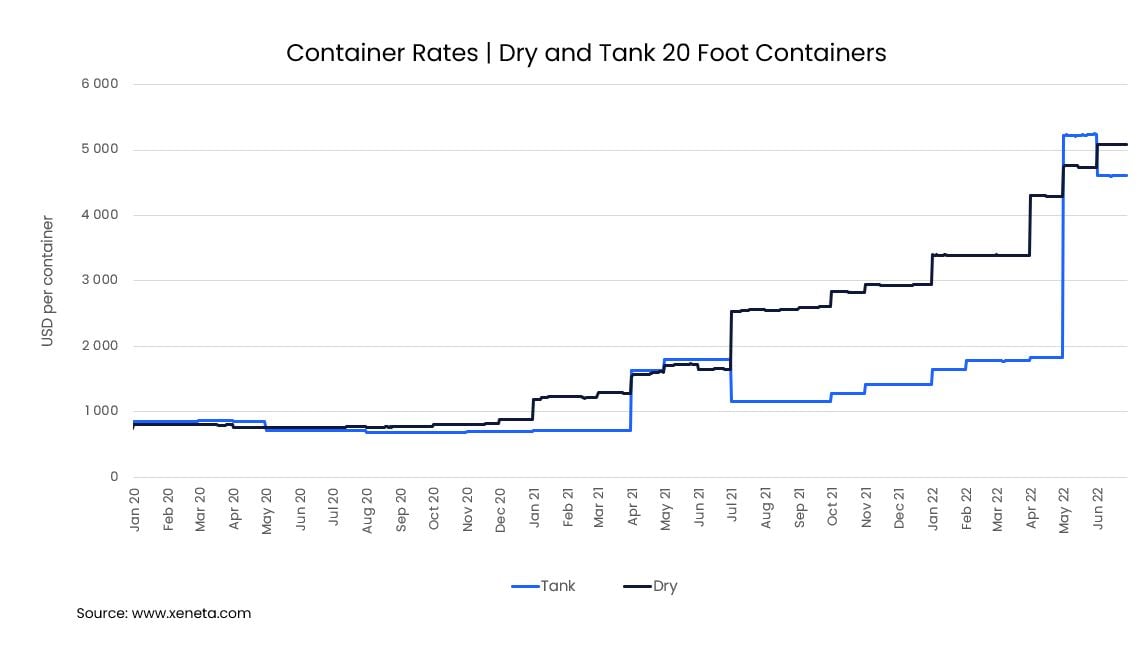 The opposite is true on the backhaul trade where tanker container rates are higher than the standard dry TEUs, though not by much: USD 150. As on many other trades, the backhaul long-term rates from North Europe to the Far East have risen by much less than those on the fronthaul, up by 49% to USD 1 150 per container.

The Far East and North Europe trade contract market rate increases are very similar to those seen on the North Europe to the US East Coast trade. These have risen to USD 4 100, a 124% increase compared to a year ago, but still lower than the average long-term rate for standard dry TEUs (USD 5 230).

The container market is no walk in the park. You need to have the latest rate and supply data to be able to plan and execute your freight procurement strategy quickly. Xeneta's real-time and on-demand data is here to help you answer, "Am I paying the right freight rate?" Sign up for our weekly 15-minute live group demo below and see Xeneta for yourself.