Learn how the Xeneta platform helps you benchmark your rates

Join our live webinar every Thursday 16:00 CET to get an introduction to Xeneta platform 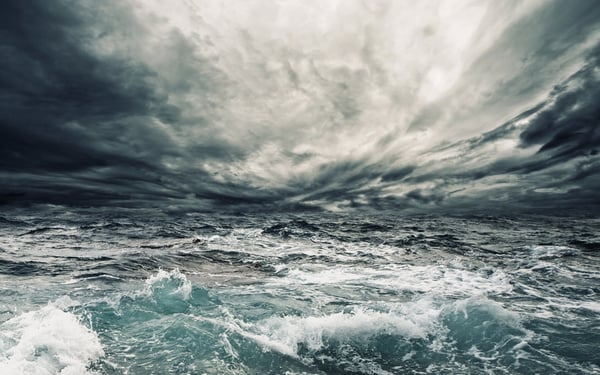 Remember the days when a shipper called his salesman, ordered-up a number of containers, and they shipped quietly from Point A to Point B without fanfare, hysteria, and having to check one’s twitter feed for America’s latest trade policy? Who would ever imagine the phrase ‘back in the day’ meant…2016. We're navigating in rough seas nowadays, boys and girls.

Since Chinese trade and economic statistics are typically opaque, we’re going to look primarily at the American economy to see how it has been affected by Mr. Trumps’ trade war, and see what we can forecast for the future.

Looking across the American economy, it’s difficult to find a sector that has not been affected by Mr. Trump’s actions. We’re only 3 weeks into August, and already have endured the following:

The only good news is that in Mr. Trump’s Aug 13 announcement, he indicated he didn’t want higher priced goods to affect the holiday shopping season – this is his first indication that he recognizes his tariff are harming American consumers and businesses.

How does all this affect the shippers-carriers-traders-BCO’s-freight forwarders, and others in the box ship business?

Because business abhors uncertainty, and it’s virtually impossible to forward-plan in such an environment. This leads to less hiring and less investment, which is matched by slowing customer spending due to loss of confidence in the economy; with corresponding fewer now-tariff-expensive Chinese imports causing carriers to drop rates in order to fight for cargo. On the China Main – US West Coast route for a 40’ box, the short-term market average rate has dropped 13% just from July 1st to today, as recorded in the Xeneta platform.

The ripple effect reaches out to already-slowing Germany, the waning Italian and other southern European economies, while Mr. Johnson’s 31st of October Brexit pronouncements have yet to be tested against economic reality.

This is why the bond market Inversion of August 15th was so important; lower forward interest rates than today’s spot are a signal that people expect markets to slow down and the Fed and other Central Banks will need to aggressively cut interest rates to spur the economies and avoid a recession. However, with EU mortgage and saving rates already under 0%, the effectiveness of this strategy has yet to be proven.

Energy company stocks have fallen far more than the S&P as traders /analysts are concerned oil prices will drop if a recession  hits, even though Trump doesn’t believe a recession is as important as the trade war. He just “had to take it on.” Bank stocks dropped more than the S&P as the banks are reluctant to lend in the face of an impending recession. Microchip and tech companies are some of the biggest victims of Mr. Trump’s trade war; from rare earth shipments, computer hardware, and peripherals to the US have fallen, as well as American tech exports to China.  Sales of American cars exported to China have fallen precipitously as China retaliated with their own tariffs on American goods, while American Liquid Natural Gas, agricultural, pork, and poultry shipments to China have basically ceased.

While it’s very important to be a-political in today’s polarized world, it is accurate to note that Mr. Trump sees a strong economy as the key to his re-election, so perhaps his Aug 13th announcement postponing the Sept 1 tariffs until December 15th is the first step in a dance he and Premier Xi need to conduct and bring the world back from an upcoming election. More to come.