In the past two weeks, the trade war drama has been entertaining, sad, entertaining again and then just plain face-palming. We've been watching closely and monitoring our rates to report in the effects. Just for fun, below is a short summary from the recent happenings.

To refresh your memory, the following announcements have come out of Washington in the past few weeks:

May 17: President Donald Trump announced the onerous steel and aluminum tariffs (25 and 10%) he imposed against American allies (and largest trading partners) Mexico and Canada, were being withdrawn immediately.

May 17: Mr. Trump announced he would not impose punitive 25% tariffs on auto parts coming from global sources for six months, so long as trade negotiations were continuing between the US and Japan, the EU, and China.

May 26: Mr. Trump tweeted from Japan that he expected a trade treaty to be signed between the US and China, but not until August.

All very dramatic, to be sure, but are there any business-related effects to all this? There are indeed, and they are not too rosy:

What About Box Rates?

Xeneta data illustrates how Mr. Trump’s May 5th-onward announcements increasing US tariffs on Chinese goods effective June 1 had an immediate effect on box rates; a 10% drop in the market average rate in just 25 days for Chinese exports to the US: 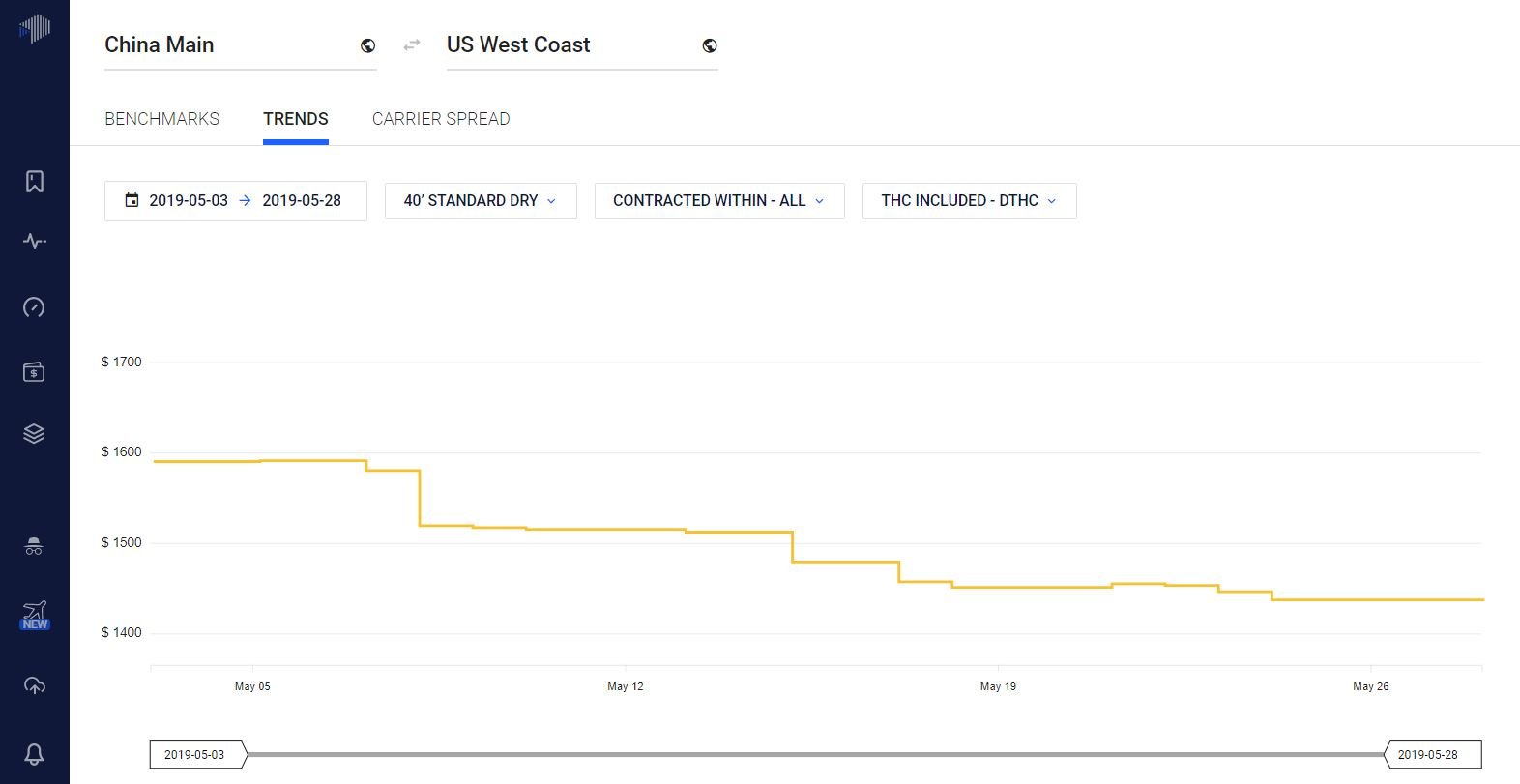 While a drop in rates typically favors the shippers; one wonders if the shippers would even consider to simply cease shipments since they now face a 25% penalty tariff on virtually all Chinese goods into the US.  Will the US consumers hold their noses and pay up? Both shippers and carriers hope they will.

We will revisit this topic in another 30-45 days; to see what is the effect on box rates after the June 1 tariff increases take effect. Unfortunately, we’ll be getting daily advance warnings delivered daily via Twitter from Washington.