Xeneta locations are collected in regions, which are themselves collected in broader regions. We refer to this organization of regions as the geo-hierarchy. The geo-hierarchy consists of multiple regional levels and is one of the core tools for organizing the data behind Xeneta.

We are very cautious when changing our geo-hierarchy, balancing the need for continuous improvement with the demand for consistency in our platform. Over time, our growing understanding of the market through our data and changes in the port landscape — such as port extensions, newly-built ports, or the scaling down of existing ports — requires that we make adjustments to how we organize ports and regions.

Historically, we have generally bundled all of our changes in a region together and released them at once, as we did with the restructured Mediterranean, South American, and North American geo-hierarchies. In other cases, we simply added or removed a single location. This time we have made some improvements to the structure in the United Kingdom and Ireland that we want to share with you. 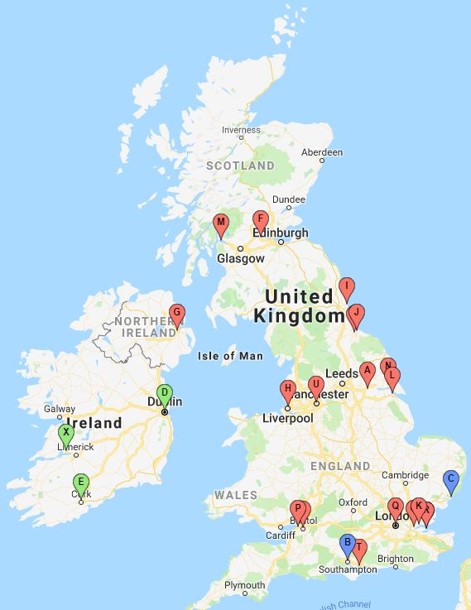 We have moved the London Gateway Port from its former region UK Sub to its new region UK Main. The development this port has shown since its completion in late 2013, together with changes in our pricing data, suggests that this move will guarantee a more accurate depiction of the regional market in the future. Moreover, because Xeneta focuses on containerized seafreight, we also deactivated a few locations such as Goole, Middlesbrough, Shannon, and Manchester.

Additionally, in the coming weeks, we will deactivate London (GBLON) and merge the two different codes for London Thamesport (GBTHP and GBLTP) into just GBLTP. Similarly, Portbury and Bristol will be merged into one port named Portbury/Bristol with the portcode GBPRU.

If you have any questions on this matter, please contact your customer success manager.

For any other questions, please refer to our contact form.