In the Xeneta platform, every port is part of a region contained by a broader region. The Xeneta geo-hierarchy consists of multiple regional levels, which begin on the port-level and expands to larger levels. We have been working on the South American ports structure and are excited to share the changes we are introducing to improve the structure of ports in both coasts of that region.

The goal for the new structure is to alter the grouping of ports in the region to align them further in regards to placement, port-size and rate proximity. On both coasts of South America, we have decided to introduce a Main / Sub structure similar to what is already in place in Asia and Europe as this further reflects real-world freight routes.

For customers, this means that when they go up in the geo-hierarchy in South America, they will get a more accurate aggregation of rates in a region where there is less rate density. 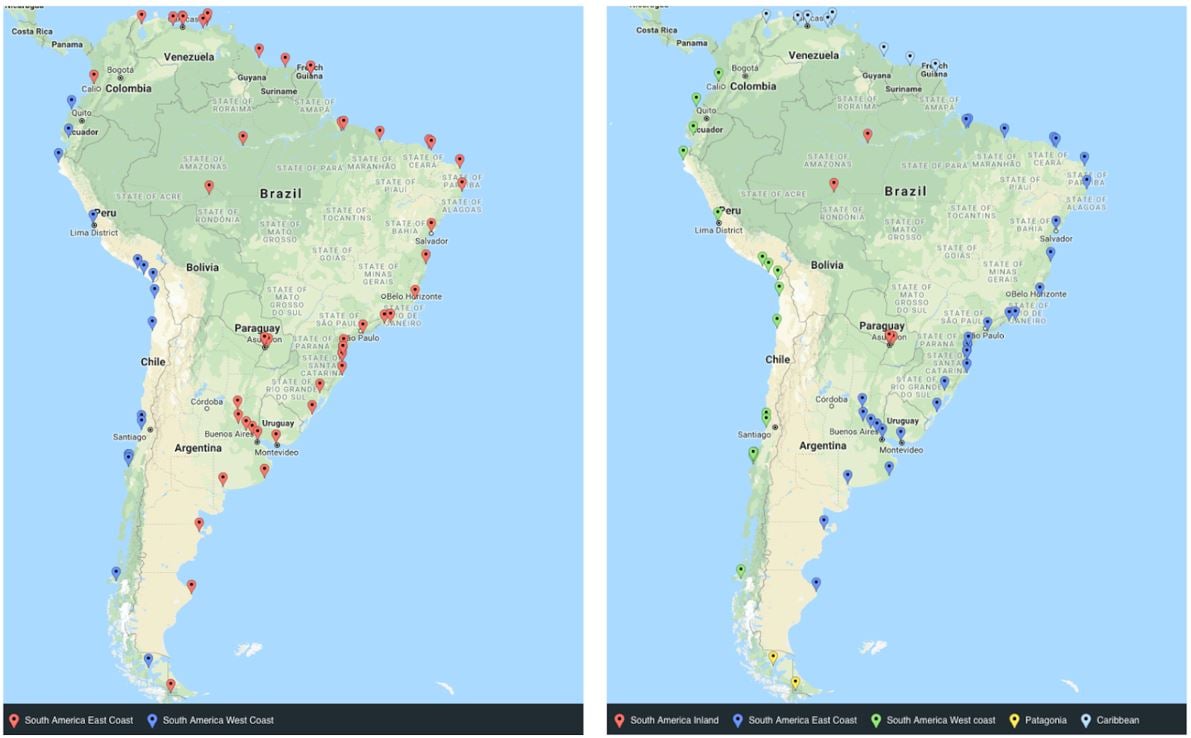 We have also moved all ports located in Venezuela, Guyana, Suriname and French Guiana to be a part of the Central American and Caribbean geo-hierarchy as we found this to better align with location and rate levels.

We have also created two new regions in addition to South America East and West Coast; South America Inland, with sub-regions Amazonia and Paraguay, and Patagonia as we found that rates for ports located further from the Main coastal ports were correlated more than rates for Main ports or smaller ports located along the coasts.

By focusing on ports’ rate proximity, location and size we have grouped ports on both South America coasts into Main / Sub ports. We have also added several new regions such as South America Inland and Patagonia so we can further reflect freights movement in the world.