Ocean Shipping Companies: 3 Things You Should Keep An Eye On 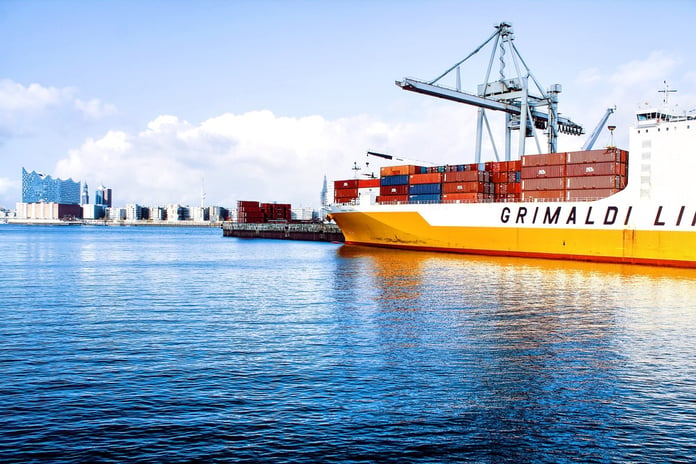 Over a year has passed since Jo Morley from Global Navigation Solutions wrote a blog post giving an insider's view into the Xeneta story. Our CEO, Patrik Berglund, candidly shared the challenges he saw in the container shipping rate market at the time and how universal shipping rate transparency will completely transform shipping and logistics as we know it.

The blog post, "Making a Dent in the Box" is a great read and is about our quest to change container freight procurement with real-time data. While we certainly encourage you to read it, or perhaps reread it, a lot has changed as well as remained the same since its publication.

2016 was a tumultuous year for carriers, defined by low rates, overcapacity and the subsequent collapse of Hanjin. However, the final months of the year saw higher short-term rates. “Prices rose from Q3 into Q4 before flattening out a little,” comments Xeneta CEO Patrik Berglund, “but the carrier's position improved significantly from the dire situation they found themselves in early 2016.”

With 2017 halfway over, it appears the containerized global ocean freight market is on a recovery path but it remains unpredictable. Economic and political situations affecting demand are contributing to this unpredictability. Overcapacity remains concerning as no capacity has been removed long-term, instead, “just shuffled”. New container shipping alliances that started in April is another consideration. “How will service be affected with them competing on similar corridors?

Despite the uncertainty in today’s market, ocean freight rates have increased compared to 2016. For example, in an interview with The Loadstar in May, Xeneta noted that the long-term contract freight rate for a 40ft box out of a Chinese main port to North Europe currently stood at $1,396, shipping in mid-May, some 120% higher than at the same time last year.

In the Quarterly Review Webinar Q2 2017, our CEO, Patrik Berglund presented an an analysis of the container rates since early this year for the Asia-North Europe and trans-Pacific routes for both the spot and long-term markets. While the Asia-Europe market was on the rise earlier in the year, it has leveled off. However, peak season charges are

Xeneta’s database of spot and long-term contracted ocean freight rates continues to grow. At last count there were over 23 million rate offerings. Crowdsourcing is a powerful tool and it’s catching on in the ocean freight market.

In the article, “Making a Dent in the Box”, Patrick noted that “some shippers have already moved from annual to monthly or bi-monthly contracts, shifted part of their volumes into a short/spot market or constructed annual contracts with quarterly reviews and agreed caps on upside moves, all through the use of better analytics and intelligence”.

Patrick further highlighted in last year’s blog post, there is a need for greater competence in freight operations and as shippers become more sophisticated, it should be harder to hide cost in the supply chain and that’s where transparency comes into play.

As the logistics industry moves ever closer to digitalization to increase both efficiency and productivity, the need for cyber security is becoming abundantly clear. A recent wave of ransomware, a malicious virus that demands payment in to restore functionality, has hit carriers around the world.

“The cyber attack began in Ukraine, infecting computer networks and demanding $300 in cryptocurrency to unlock their systems. As of Midday Tuesday in North America, Kaspersky Lab analysts said about 2,000 users had been attacked,” says Bloomberg Technology.

Among those companies hit was shipping giant Maersk. The Petya virus targeted not only ships and offices but also shipping terminals, many of which had to shut down during the confusion. While Maersk has stated that the virus has been contained and new protocols are being issued to hinder future attacks, not everyone believes the industry is ready for the next virus.

“Over the past 12-18 months, there has been a gradual change in the mindset of the industry, and the prevailing attitude is a recognition that cyber security may indeed be a genuine threat - however we also find that this recognition in many cases still does not translate into the allocation of appropriate resources to properly investigate the company’s current level of cyber security nor the allocation of proper resources related to sustained heightening of cyber resources,” say Lars Jensen, the founder of CyberKeel in a post on LinkedIn.

Simply thinking about the problem isn’t going to be enough. Many in the industry are only seeing these cyber attacks as a single obstacle, rather than an ongoing process. While defenses might seem impenetrable, it’s only a matter of time before a determined hacker finds a way around it.

Cyber security needs to be seen as risk management and not risk mitigation. Unfortunately, when we put that in perspective, it makes a hard sell for security executives to secure the resources and funds they need within their organization.

Hackers will continue to develop new ways to infiltrate user systems. The need for stronger cyber security measures is growing. Global Navigation Solutions offers a some simple tips to help increase security as well as awareness as the logistics industry braces for the next potential assault.

If you would like to learn more about how Xeneta can help you be more efficient and cost-effective in your container freight procurement, please visit our website to learn more.