These Are The Pros And Cons of Working With Freight Forwarders

In this blog post, we are going to introduce the pros and cons of working directly with carriers and freight forwarders to help shippers, BCOs make an informed decision and keep their cargo moving.

We’ve talked about strategies of working directly with carriers and freight forwarders with one of my colleagues at a large FMCG firm some time ago, who said that the company had some serious challenges in their shipping program but they moved like a big ship, internal politics made changes difficult to make.

He also added that the core of the challenge was their fully outsourced logistics program and the fact that they had neither the expertise nor the infrastructure in-house anymore that could have made changes possible - other than switching the lead logistics service provider out which would have meant huge costs and risks to come with it. 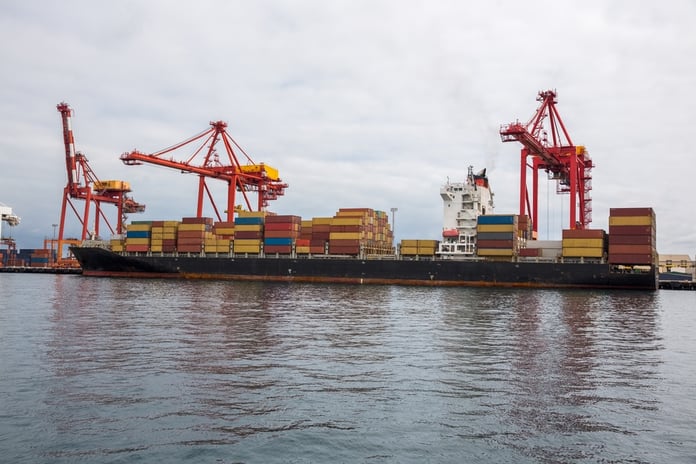 Where to Get the Best Service

As a first instinct, to get the best shipping rates and service, you may want to go straight to the source that actually moves your cargo. These are the VOCCs, Vessel Operating Common Carriers who are the owners of those massive vessels and containers that provide transportation of cargo from the port or point of receipt to the port or point of destination. For a detailed description visit the Federal Maritime Commission’s website.

However, just as most of us do not buy enough shoes in a year that would make us able to purchase directly from the shoe factory, VOCCS also has limitations. They do not have the resources and they do not want low TEU volume shippers to contact them. But they have retailers, just to keep up with our analogy, and these are the Freight Forwarders (3PL) or Non-Vessel Operating Common Carriers (NVOCC). These companies do not own their own vessels but rather act as cargo consolidators. The main difference between the two is that until an NVOCC legally operates as a carrier by accepting all the responsibilities for the cargo as well as issuing their own bill of lading (B/L) a Freight Forwarder if it’s not an NVOCC, will act as an intermediary and should be in contact with one NVOCC or VOCC.

Typically shippers that move large volumes on few lanes can benefit greatly from signing agreements directly with VOCCs. There are multiple reasons to it. From a financial point of view, working directly with the company that actually moves the cargo the shippers can bypass the middleman, allowing them to save on what would normally be cashed by a forwarder. To put it in context, gross profit for Kuehne + Nagel, the world’s largest ocean freight forwarder by TEU in 2016, was 1,416MN CHF, moving more than 4MN containers, a volume increase of 6.1 percent from the previous year.

Read more: Who is Making a Profit in Shipping?

For companies such as giant retail chains to keep merchandise in their stores, and weather seasonality, provided services, and availability of shipping containers are equally if not even more important than price. Freight Forwarders neither own nor have direct control over any asset. They have to contact and instruct the carriers to make shipping units available and board them on the vessel. Carriers, on the other hand, own and control the majority of containers, vessels, and other assets so they have the ability to deliver the required quantities and varieties of units at any time and at any given location within their network.

While a VOCC is a great choice for those running large few-lanes supply chains, shippers even with large, 50,000 TEU volume might (the keyword being “might”) come short in negotiating directly with carriers if their TEU volume is spread out over thousands of shipping lanes and the average TEU's-per-lane is just a few per year.

When we think of “lowest rates” we may automatically qualify it as a good deal. Yes, “lowest freight rates” might be the lowest at the time, but are increasingly subjective to this volatile market that is influenced by a number of different, constantly changing factors such as open space on a vessel, cost of fuel, actual supply-demand, and other unpredictable factors like port congestion, port strike that we hear about all the time.

Coming in under forecast when shipping cargo is usually a great thing. However, it is not always so positive when the market is at a low and your competition is paying even less.  In addition, internal resources and shipping expertise are not always readily available to make the necessary changes on the fly.

NVOCCs Come To The Rescue

That said, shippers might want to consider partnering with an NVOCC that legally operates as a carrier by accepting all the responsibilities for the cargo as well as issuing their own bill of lading. NVOCCs work with multiple shippers, BCOs and commit huge volumes to different VOCCs, which means higher levels of buying power and discounted rates.

The surging number of mega-ships and sluggish global trade growth has recently forced even the largest VOCCs to restructure their service loops, reduce the number of the port of calls that have left shippers with fewer shipping options.

Although VOCCs have become more flexible, offering multiple sailing schedules through shipping alliances, VOCCs typically run only one sailing per port per week. For shippers who are running light on inventory, that might not be soon enough. Since NVOCCs work with carriers from multiple shipping alliances they can offer various sailing options whether it’s high or low season, existing markets for shippers, or new territories they want to penetrate into.

I met a seasoned salesman from a Freight Forwarder not too long ago who shared his secret recipe for selling their services for shippers. He said, “I just ask the magic question as; “Tell me where it hurts and we will make it go away” – Indeed, it says everything.

Freight Forwarders that either access NVOCCs, or is an NVOCC, specialize in taking the hassle out of logistics and offer up a long list of value-added services such as real-time visibility, guaranteed on-time delivery, port-to-port deliveries. – Having said that there was an interesting article in The Loadstar back in June 2016 that quoted Rolf Niese, an independent senior consultant and previously  Global Head of Logistics Operations at British American Tobacco saying “Shipping lines needed to imitate freight forwarders and offer a greater range of services, as well as differentiate their offering from competitors.” 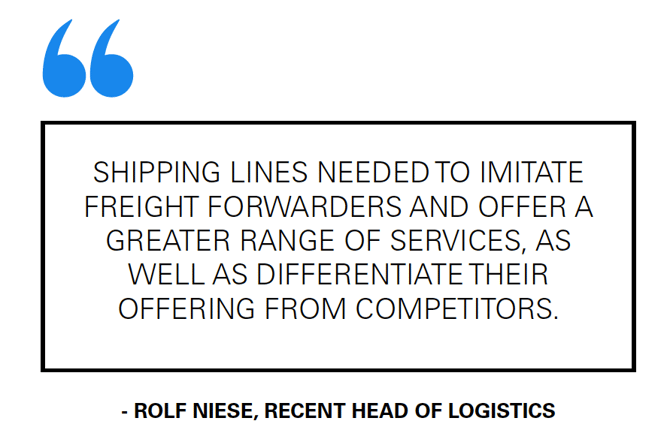 Freight Forwarders know very well that they can’t compete with VOCCs on price alone so their focus is more on value-adding services powered by huge investments into IT/communication systems, hiring and training industry professionals, specializing in niche and general logistics services, customer services not only in their domestic markets but around the world.

Shippers, who do not have in-house logistics professionals can face a serious hole when trying to optimize their logistics operations. In many cases, these companies need to outsource their logistics responsibilities in order to respond to market volatility or fix any issues within their supply chain. . -- In my opinion, shippers with a fully outsourced business model are not only losing control of their own supply chain but are also leaving money on the table with every container shipped.

VOCCs or NVOCC/Freight Forwarders | Pick What Works For You

There’s no cut and dry solution for every shipper given the complexities of the industry. While there are a vast number of factors and variables to consider, basing your decision on who to partner with based solely on a single factor whether it’s price or service, could lead your company down the road to ruin. Consider the shape and scope of your business and work with the one who best fits your needs.

What do you think? Leave your comments below.