The carriers still seem to care, but that ship has sailed with Moore-McCormack Line, LASH barges, and the concept of conference vs. non-conference carriers. Cargo was historically rated by weight or measure, with the ratings based on the type of cargo being carried.

The Relationship Between Ocean Cargo Rates and the Types Of Cargo

Calling a carrier or NVOCC’s rate desks for ocean freights was a painful negotiation of cargo description, packing, and cube; all designed to bring maximum revenue to the carrier. But as 20’, 40’, Hi Cube, and Reefer Boxes became the standard mode of shipping worldwide as container ships grew past Panamax and Post-Panamax to Triple-E’s, ocean freight morphed from weight vs measure to  rates for moving a box from Port A to Port B.

It is accurate to say the relationship between ocean cargo rates and the types of cargo-carried has disappeared as too many boxes are chasing too-few cargos and lower fuel costs allow inefficient ships to stay employed.

Carriers' Response to the Drop in Ocean Cargo Rates

In 2014 the carriers responded to the drop in rates by ‘slow steaming’ in order to conserve fuel and cut costs; a policy shippers accepted so long as the rates remained low and the vessel schedules remained accurate.

At conferences the shippers claimed loudly that reliability of service was more important than rates; however their claims were proved false in March 2015 when Maersk Line dropped its groundbreaking Daily Maersk service that was designed to offer customers a premium product for their non-commodity cargos.

The Launch and Cancellation of Daily Maersk

Daily Maersk was launched in September 2011 as part of an effort by Maersk to provide a differentiated product, with customers given guaranteed delivery times in return for higher freight rates. However when Maersk Line’s chief executive Søren Skou announced its cancellation, he admitted "it had not been a roaring commercial success".

Skou said Maersk had found that customers were not willing to pay a higher price for better service. This reflects the fact that the big east-west trades have become highly commoditized, with lines finding it almost impossible to finalize differentiated rates on these routes.

"Our big customers talk about the paying more for better quality services, and in our case the Daily Maersk achieving 95% on-time delivery of cargo,” said Skou, “our experience was that we could deliver on our promises, but the customers were not willing to pay for it."

The program was launched by Skou's predecessor Eivind Kolding, who was attempting to position Maersk beyond the reach of competitors in terms of scale and reliability. But Maersk’s Triple E and follow-on class of megaships changed the supply & demand dynamics of container shipping at the same time the Chinese economy suddenly tumbled.

Slowdown in the Chinese and EU economies 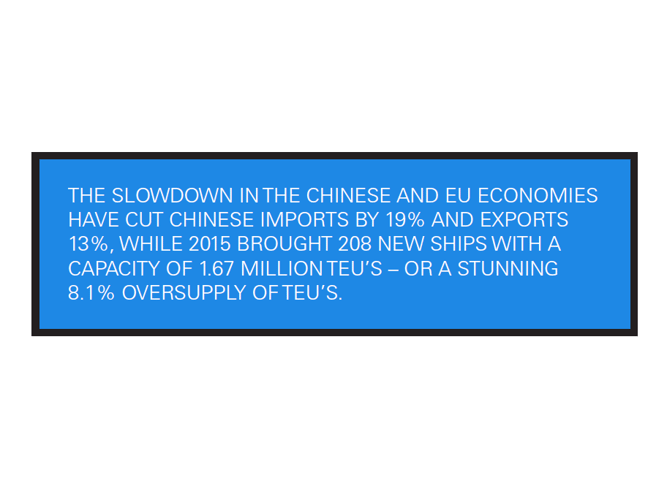 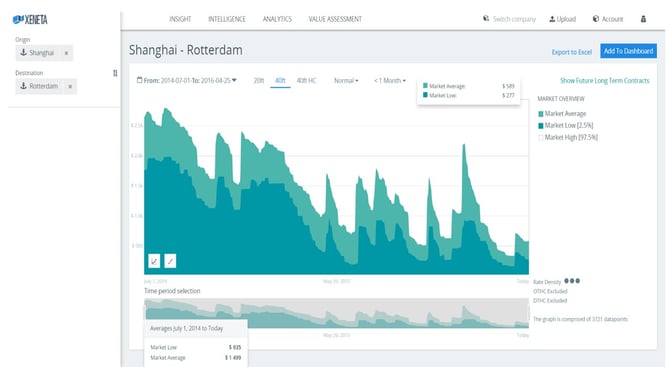 This “Perfect Storm” of box oversupply chasing declining cargo volumes is changing the world of container shipping. Newly-merged Chinese ocean carriers Cosco and CSCL, together with Evergreen, OOCL and CMA CGM are set to form a new east-west mega-alliance. If approved by Chinese-EU-US authorities, the new grouping would challenge the market dominance of the Maersk and MSC 2M vessel-sharing agreement

This would radically alter the current box shipping landscape; of the four east-west alliances, only the 2M (Maersk and MSC) would remain unchanged. With the remaining carriers now forced to form their own alliances or operate independently, and rumors of boxes being booked U.S. $ 100 / box Qingdao - Rotterdam, it is accurate to say the carriers first question today is not ‘what’s in the box’ isn’t the question, it’s ‘can we have your business please?'

What's in the Container Box Doesn't Matter from Xeneta