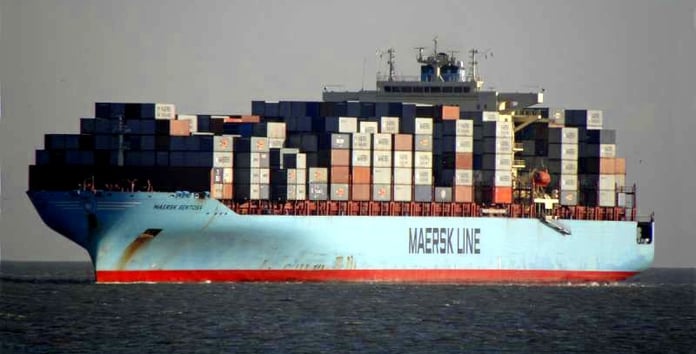 It’s a smart acquisition. Maersk Line now owns and/or operates some 773 container vessels, with a total container capacity of around 4.15 million TEU and a 19.3% share of the global container market.From Maersk’s initial takeover announcement in December 2016, regulatory approvals came relatively quickly and with far fewer conditions than anticipated, despite needing regulatory approval in 23 jurisdictions ranging from maritime and competitive authorities in the United States, Mexico, Ecuador, Brazil, Japan, Australia, the EU, Turkey, and South Africa.

Regulatory authorities are becoming more worried about box carrier competitiveness because mergers and acquisitions have reduced the number of major east-west carriers from 20 to 12 in two years. The fear is that shippers have fewer carrier options now, and the carriers will collude on raising prices, similar to the airline industry.

The final approval, from Korea’s Fair Trade Commission, was issued only last month.

Brazil was supposed to be problematic, but unlike the EU, eventually presented no problems.  In September 2017, Brazilian regulators approved the acquisition without any restrictions, dispelling fears that costly requirements such as those demanded by the EU, would be imposed.

The Conselho Administrativo de Defesa Econômica (CADE), which oversees mergers and acquisitions and guards against monopolies, approved the purchase “without restrictions” (3). To complete the deal, CADE gave Maersk an option: they had to sell off Mercosul Line, its Brazil and east coast of South America (ECSA) cabotage operator - or Alianca Navegacao, Hamburg Süd’s competing cabotage operator. Without the sale of Mercosul Line, a combined Maersk and Hamburg Süd would have controlled 80 percent of the ECSA market, which would have clearly been monopolistic, so in April 2017 Maersk announced it would sell Mercosul to CMA CGM.

Hamburg Süd has long been the leading carrier in the North – South lanes, offering its Latin American services through Chile-based Hamburg Sud-CCNI, and Aliança, which is headquartered in Brazil. Hamburg Süd and Aliança will continue as separate brands and continue to serve customers through their local offices. “Hamburg Süd and Aliança have competitive and attractive customer value propositions, which we want to preserve and protect. We wish to maintain the personal touch and engagement they offer their customers” Maersk CEO Søren Skou said when the acquisition was announced in 2016.

In the newly-combined network, Maersk and Hamburg Süd’s customers now have access to the thorough door-to-door services provided by Hamburg Süd in its North-South lanes as well as the flexibility and reach provided in Maersk’s East-West and global network. Skou added, “Our combined network will provide exciting opportunities to develop new products and exploit operational synergies. Hamburg Süd and Maersk Line customers will benefit from more choice and better products.”

In the Brazilian market (which accounts for 90%+ of the ECSA market, according to data from JOC), the new Maersk-Hamburg combination will hold a 36% market share, while MSC has 25% and Hapag-Lloyd (along with merged CSAV of Chile and United Arab Shipping Co.) will control 16%.

But what makes Maersk’s purchase so worthwhile is more than just market-share; with 20’ container rates now being one more commodity; what is the advantage to increased size? Increased losses as more and more 22,000 TEU monsters enter service?

Maersk’s purchase is smart because they now control a larger container business, the reefer trade, carrying foods, vegetables, fruits, and pharmaceuticals, all of which in many circumstances are more time and reliability-sensitive rather than price-sensitive.

Hamburg Süd is so strong in the North-South lanes it already controls some 40% of all reefer trades in/out of Brazil and possibly 50% + of the growing Brazil-Far East business. While box rates will continue to fluctuate, reefer rates fluctuate a bit less than dry-box, proving Maersk a potential stability of rates and profitability that not all carriers can guarantee for themselves.