Will US West Coast Port Labor Negotiations Starting On May 12, 2022 Cause Additional Supply Chain Disruptions?

Over the past many months, shippers have increasingly chosen to switch their imports from the US West Coast, plagued by congestion, delays and transport as well as the looming threat of USD West Coast labor talks which started on 12 May.

These could still go smoothly, but they also have the potential to cause additional supply chain disruption as several contentious issues need resolving, including the question of automation. Read key insights from the latest Xeneta report (customer-only) covering US trade.

Container Rates, Volumes And Capacity All Show The Shift Towards The East Coast As Per Xeneta May'22 Customer Report

US West Coast imports from the Far East fell by 3.5% in the first quarter of 2022 compared to 2021; however, growth in imports through the East Coast, and to a lesser extent the Gulf, mean total US imports from the Far East are up year-on-year. However, the growth rate has slowed considerably over the past year and is unlikely to pick up much, thanks to lockdowns and inflation.

Freight rates also show shippers’ preferences for the East Coast, with the premium in both short and long-term container rates when importing from the Far East more than double up compared to a year ago.

Getting to the East Coast at the start of May costs around 3 200 USD more per FEU than going through the West Coast on both the long and short-term markets. Premium surcharges are also almost four times higher for the East Coast than on the West when coming from the Far East. 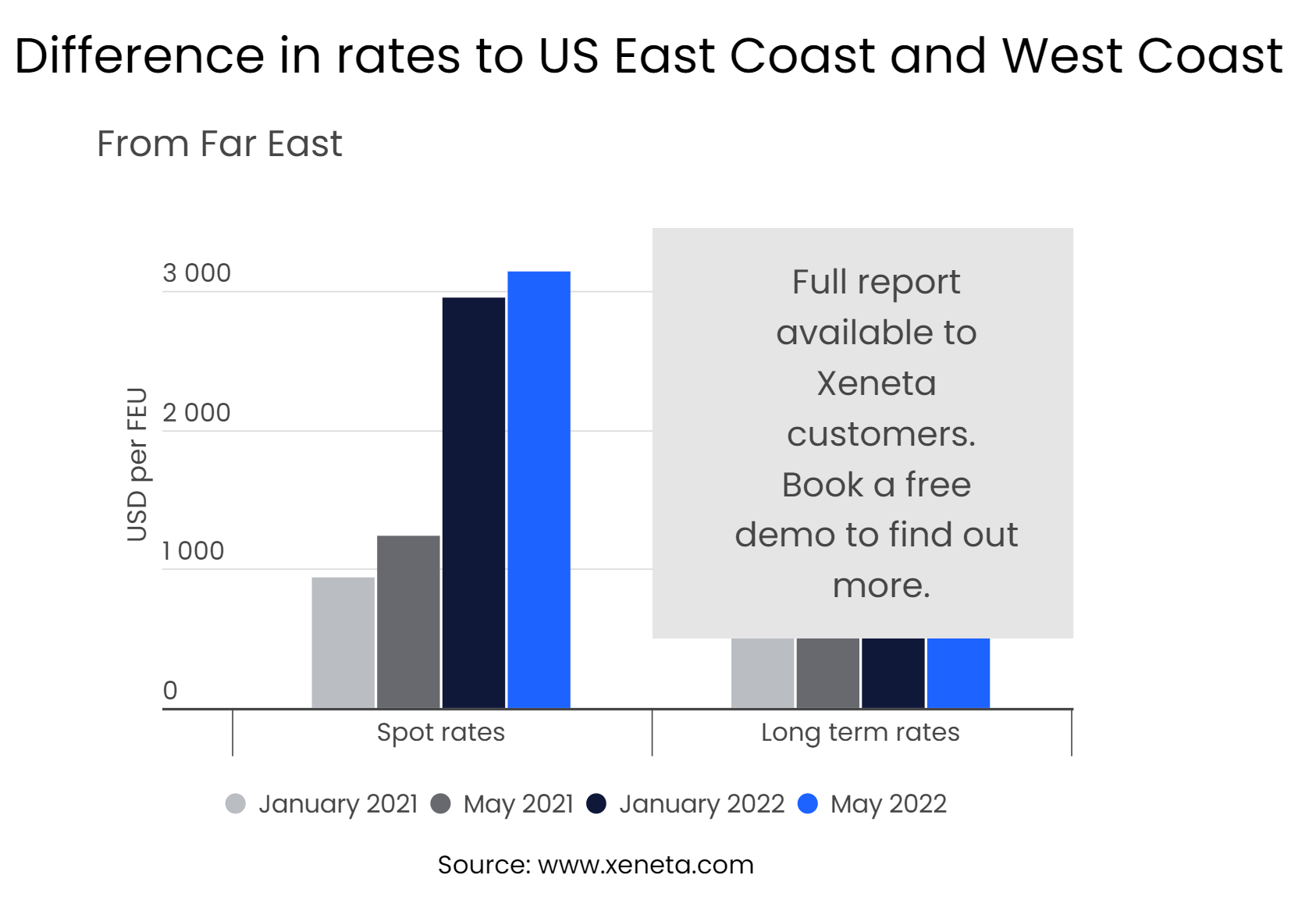 In our latest customer-exclusive report, we discussed the recent trade shift to the US East Coast in detail to understand how congestion, delays in inland transport and the looming threat of labor negotiations are causing massive supply chain disruption.

Key Insights From The Report:

Want to get your hands on this report?

Xeneta customers get access to various trade-specific and other deep-dive analysis. Learn more about the Xeneta platform and how to become a customer here.