What TPP Mean for the Shipping/Logistics Industry 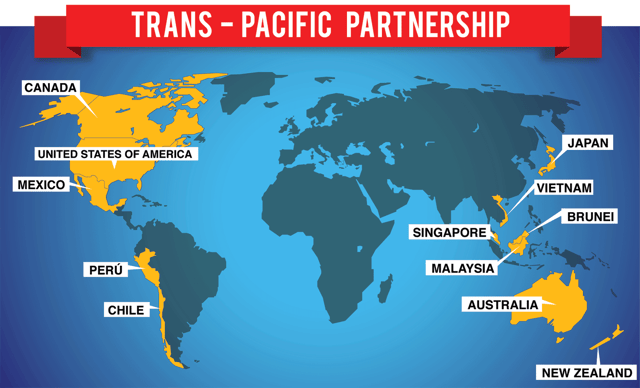 With signing of the Trans-Pacific Partnership taking place in Auckland, New Zealand just recently, the TPP marks the largest FTA since the North American Free Trade Agreement (NAFTA) was put into action back in 1994. The TPP, which includes 12 different Pacific Rim countries, which includes the U.S., Australia, Brunei, Canada, Chile, Japan, Malaysia, Mexico, New Zealand, Peru, Singapore and Vietnam, have all signed into the pact.

While it hasn’t been put into force just yet and it could be another two years before it comes into force, it evidently looms on the horizon. The real question is, with the TPP going into force, what will it do to the shipping and logistics industry?

Already, countries are diving headlong into analysis and predictions of the new agreement and raising a few points of concern. One of China’s top economists, Ma Jun, has predicted a 2.2% drop in the mainland GDP. “Simulation results show that, with China’s accession compared to the scenario of China not joining, China will lose 2.2 percent of GDP,” according to Ma’s research. However, with the TTP including 40% of the global economy (approximately $27.7 trillion), it’s not really something a country would want to be excluded from.

The Possibility of Growth

Removing tariffs does offer a lot of promise for shippers, and the carriers as well. With little to no tariffs between participating countries, shippers would be able to send more goods at lower costs. In turn, transporting more goods would mean more business for oceanic carriers, a much needed boon in a time of utter stagnation due to the current demand/ overcapacity crisis they are currently facing. While it might be a little presumptuous to assume that this would instantly send the world aright in terms of shipping demand, it would prove to be a benefit to the logistics sector in the long run. 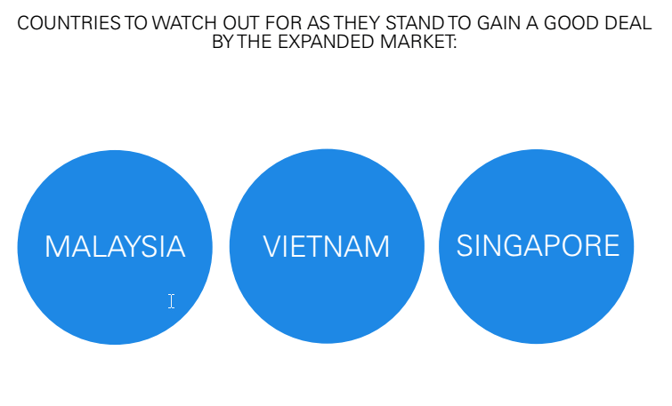 Aside from the U.S., carriers can expect a number of opportunities around the world. Malaysia, Vietnam, and Singapore will be countries to watch as they stand to gain a good deal by expanded market access.

Rocky Road may be Ahead

When it comes to logistics and shipping, the break down becomes a little rocky, at least at first. Much like putting any new system in place, it’ll take some time to work out the kinks. The kinks, in this instance, means that there is the potential for some job loss to be caused at the outset. Some companies simply aren’t able to adapt quickly enough to handle the new agreement.

However, the flipside to this is that other industries are strengthened, creating new, and often better paying jobs elsewhere, while simultaneously lowering the costs of goods. For the shipping and logistics sector, there will be a much needed period of adjustment as the TPP goes into effect, however, the distant horizon looks to be much more promising than the current stagnation it faces now.

With the TPP lurking around the corner, it is vital that shippers are looking to find meaningful solutions to keep abreast of the ever-changing marketplace.

Check out Xeneta to get real time and on-demand market intelligence on global freight rates. Our information provides you with the visibility needed in freight procurement to support informed decisions based on facts.

[SLIDESHARE] TPP Goes Ahead. What Does It Mean for The Shipping/Logistics Industry