Territorial Disputes In The South China Sea: What You Need To Know 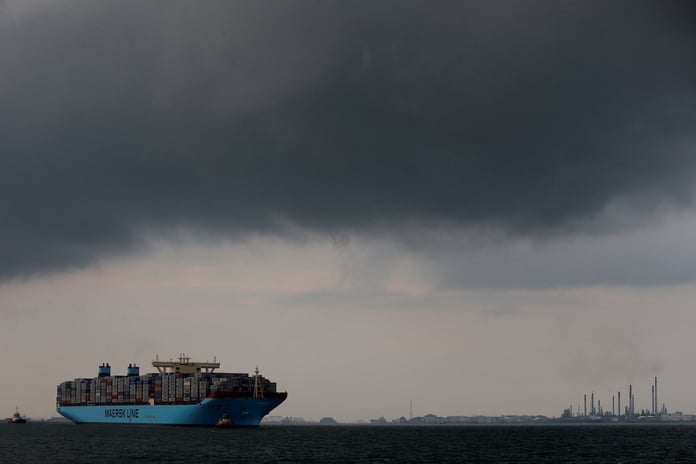 Political tensions remain strain as China mounts pressure on the global community to accept its claim to the South China Sea. Despite an international tribunal ruling against its territorial claims, China maintains its claim and in turn, regional tensions are swirling.

The issue dates back to 2013 when after a series of confrontations with China about the disputed Scarborough Shoal (off the Philippine coast), Manila took their complaint to the Permanent Court of Arbitration. They took this step because the U.N. Convention on the Law of the Sea -which China ratified - has been designated as the channel for settling maritime disagreements. Manila challenged China’s far-reaching claims to the South China Sea; contesting China’s claims that the many reefs, atolls, and rocks qualify as islands, and argued that Beijing’s tough tactics ignore the rule of law.

In July 2016, the Permanent Court of Arbitration (PCA) ruled in the Philippines’ favor in a maritime dispute with China concerning the South China Sea. Beijing questioned the Court’s jurisdiction over the case and stated it would not accept nor participate in the arbitration.

In turn, the PCA, citing the United Nations Convention on the Law of the Sea (UNCLOS), asserted that China, an UNCLOS signatory, is bound by its ruling.

Additionally, In their September 2016 summit, China and the ASEAN bloc pledged to respect freedom of navigation in the area; to solve territorial disputes peacefully, through negotiations and with consideration for the UN Convention on the Law of the Sea (UNCLOS); and finally to come up with a Code of Conduct in the South China Sea. -- Still, countries such as the US remain wary.

Along with rising political tensions, supply chains are also under potential threat. Indeed, the South China Sea is a major hub of China’s highly complex global supply chain with much of the disputed area protecting China’s access to the Indian Ocean. It is also a key bridgehead in China’s Maritime Silk Road.

An associate professor at Clark University estimates that $5.3 trillion in trade passes through the South China Sea, with the U.S. accounting for more than a trillion of it. The potential of disrupting this trade is real and for the global electronics industry in particular, the effects could be crippling.

About 84% of the world’s electronics are made in Asia and IDC analysts estimated that 85% of those goods are made in China. As one analyst notes, “All that product flows through the South China Sea.”

While the outcome has yet to be determined in a matter suitable to various countries including the US, countries involved in China’s One Belt One Road (OBOR) aka ‘The Silk Road’ as well as those countries still debating on joining it are almost in a holding pattern and hesitant to make any decision or move.

The waterway will play a major role in China’s plan to build out the maritime version of its Silk Road. In addition, there are other international waterways that fall along the Maritime Silk Road so how China responds to the China South Sea issue will likely have certain future effects as the route expands.

As such, China’s trade partners may be reluctant to enter into such a complex arrangement with a partner who does not abide by the rulings of an international arbitration court. 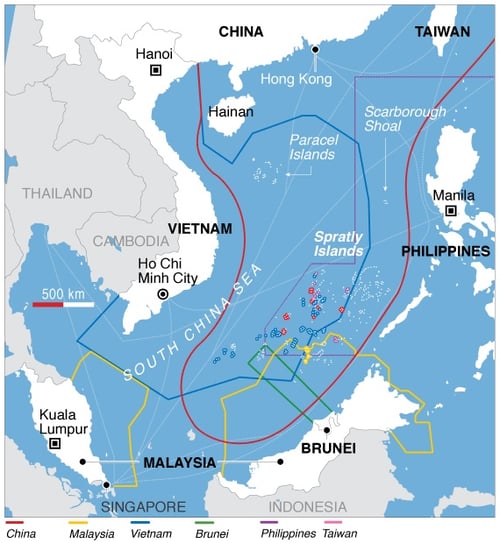 Although this issue has found little interest outside of the South China Sea, the ruling has a potentially chilling effect not only on trade in South China sea, but on world trade; last week in Washington Dai Bingguo, a former Chinese state councilor, said the upcoming ruling “amounts to nothing more than a piece of paper.” He added that Beijing will reject the tribunal’s authority and warned the United States to tread carefully in the contested waters. After the ruling this week, China’s defense ministry said its troops would “unswervingly safeguard state sovereignty, security, maritime rights and interests,” according to state broadcaster CCTV.

It’s unclear how China will react to the court’s decision, but Dai’s remarks increased speculation that Beijing will begin dredging work around Scarborough Shoal. Such a move could probably  trigger a confrontation with Manila, who could then invoke their military assistance treaty with the United States. American nuclear carriers facing off against Chinese submarines tend to wreak havoc with a just-in-time delivery schedule, as you can imagine.

American and ASEAN analysts are worried that China could announce the creation of an air defense identification zone over the entirety of South China Sea or even outright seize the disputed Scarborough Shoal since now the Court has ruled in the Philippines' favor, both of which will cause a crisis regarding freedom of navigation.

Commercial Sea-Borne Traffic in the Crossfire

It’s important to recall that when the Chinese and Japanese clashed five years ago when the Japanese seized a Chinese military vessel in its territorial waters, the Chinese responded by cancelling contracted shipments of rare earths to Japan, in deliberate violation of their WTO obligations. Since now the Tribunal has ruled against China, there could be a possiblity for China to obstruct or forbid commercial traffic not carried in Chinese bottoms, if they thought it would be to their advantage.

Although Beijing fears an anti-China alliance is forming among the United States, ASEAN, Japan, Australia, and India in a united opposition to its South China Sea policy, rejecting the upcoming decision will only serve to isolate China diplomatically.

Restricting or managing shipping in the South China Sea would be a huge setback to a world still struggling to recover economically. Carriers, countries, shippers, and shoppers all need free trade in order to prosper; let’s hope Rule of Law is the chosen path. China has already responded to the ruling and rejecting the claim.

Shippers will need to closely monitor the situation and have an action plan in place just in case if trade is disrupted in anyway. In fact, by benchmarking ocean rates, in particular, on an ongoing basis, any sudden shift in ocean freight shipping should not have to come at an additional cost.

The death toll of the coronaviru.

[INFOGRAPHIC] 16 Questions That Keep Supply Chain Managers Up at Night

With so many things currently ha.