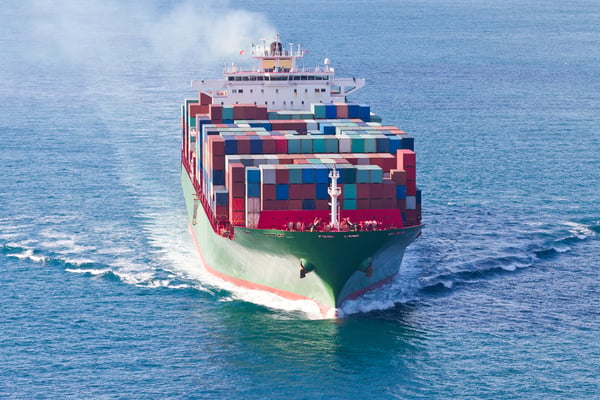 With old-fashioned shipping terms such as ‘conference’ or ‘non-conference’ long consigned to a dustbin that contains full sets of paper Ocean Bills of Lading, one wonders if alliances are as helpful to carrier- shipper stability as proclaimed?

Let’s start by asking: what is the role of a shipping alliance? In short, it’s to maximize profit and minimize risk in a manner that fairly supports both the carriers and the shippers. Cargo booked with Cosco, for example, may be carried by CMA CGM at the rate and schedule confirmed with Cosco. The carrier maintains his relationship with the shipper, and the shipper’s cargo moves as per his requirements. All good, right?

Yes and no, and let’s examine the current alliances to understand why:

Alliances assume the supply-demand equation of containers-to-be-filled versus cargo-ready-to-be-shipped is roughly balanced; this means that if the above Cosco cargo ships on CMA CGM, some CMA CGM cargo may ship on Cosco. With a roughly balanced container-cargo supply-demand, it all balances out and everyone is happy.

But that equation ignores the launching of the Megas and the UltraMegas, which clearly affect that all-important containers vs cargo supply & demand relationship that relates to box rates and profitability –or worse, it assumes cargo volumes will increase and world economies will continue to grow without pause.

Worth remembering is that only two months, a Cosco executive denied they were planning to build and operate 25,000 TEU boxships, although Wang Haimin, Vice President of Cosco Shipping Holdings, qualified his denial by claiming Cosco’s fleet expansion would follow market trends. However, it’s worth considering that an environment consisting of rapidly sinking box rates, combative political statements, and a slowing world economy, might make a fleet of 25,000 TEU boxships unnecessary.

But both MSC and Evergreen thought otherwise, and after MSC announced in early October they’d ordered five new 23,000 TEU boxships,, Evergreen announced an order for six @ 27,774 TEU ultra-ultra-megas. That throws a huge spanner into the containers-vs-cargo ratio.

As the US-China and US-EU tariff wars ebb and flow, and continued Brexit extensions serve to slow the UK and EU, the world economies are stagnating and gradually slowing. By 2024, the three alliances will have 147-152 18,000-27,774 TEU vessels looking for cargo on the China-European lanes. As cascading drives 12,000-17,000 TEU vessels onto the China/ASEAN-US lanes, any further tariff escalations coupled with slowing US-China economies may cause those rates to also drop. One wonders what major lanes will remain where the carriers can earn a profit.

The carriers are not sitting idly by; however, they’ve embraced both diversification as well as a myriad of technology-driven supply-chain-management practices. MSC has their cruise ships, while Maersk has oilfield services and towing. CMA CGM bought Ceva Logistics, and just introduced a trade-finance service, ShipFin Trade Finance, in order to become a one-stop-shop in order to help facilitate their shipper’s business. This copies Maersk, who recently announced they’d allocated U.S. $500 million to Maersk Trade Finance, a division they’d started in 2015. Most important, adroit management remains of paramount importance, as Maersk’s announcement of an increase in their 2019 EBITA from U.S. $ 5 billion to $ 5.4-5.8 billion illustrates.

At the same time, the timing of IMO 2020 is extremely unfortunate.  Those carriers who decided to use LSFO instead of equipping their fleets with scrubbers are unhappy as LSFO premiums skyrocketed and HSFO discounts increased. With fewer refineries than expected producing LSFO in a world that wants more LSFO for auto and diesel fuel.

The question remains however, as whether alliances can overcome the fundamental issue of overcapacity in a slowing world economy; the oncoming tsunami of ultra megas entering into service seems to be creating, rather than solving, an overcapacity issue.

What are your thoughts? Leave your comments below.