On all the major trades out of the Far East, capacity in the past four weeks has been lower than in the corresponding four weeks last year. The most significant drop has come in capacity heading over from the Pacific towards the US West Coast. From 26 September to 23 October, this trade has also seen less capacity deployed compared to the same four-week period in 2019.

The huge amount of capacity added to the US West Coast at the end of 2020 and during 2021 is now being removed, thanks to blank sailings, extra loaders, and certain services being canceled. With so much capacity removed, the offered capacity on this trade is down by 13% compared to 2019. This shows that the congestion was building fast in the early COVID years but is easing considerably in 2022. 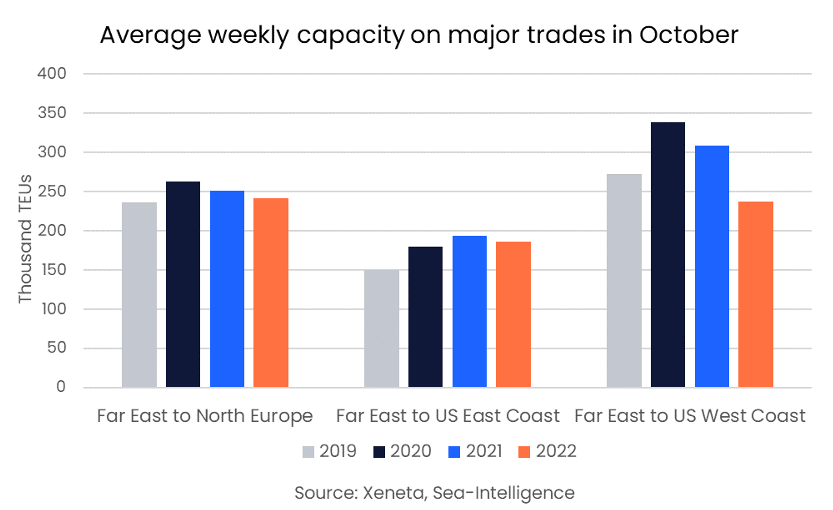 Despite demand increasing year-on-year from the Far East to the US, East Coast capacity is also down year on year on this trade, having fallen to an average of 186 070 TEU per week in the past four weeks, down 3.9% from 193 711 in the same four weeks last year. Compared to the same period in 2019, the capacity offered is up by 36 000 TEU a week.